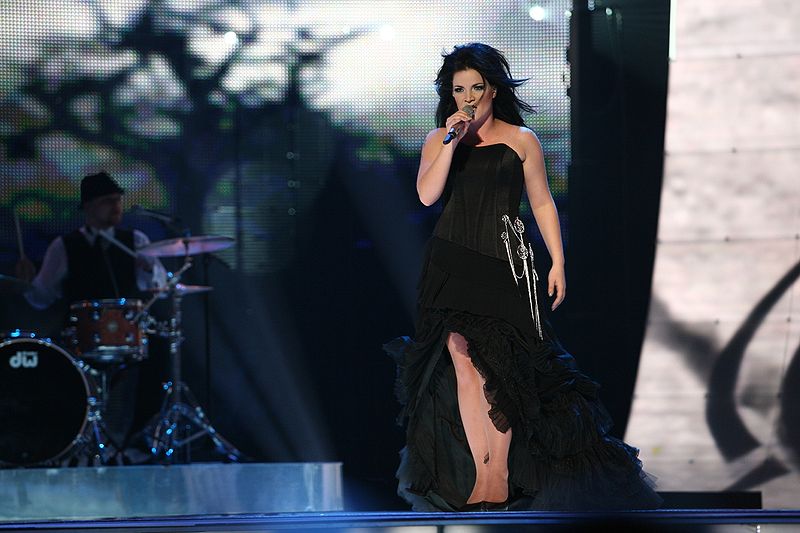 Phil: I understand now why this won the national final. It’s archetypal Finnish … dark and mysterious. We keep expecting it to build to a big ending – but it fizzles out like a damp squib, which is going to punish it in the voting, I suspect. Don’t think we are coming back to Helsinki next year.

Nick: Still dark and gloomy and Finnish, with the stage transformed into a spooky moonlit winter forest, still popular, still somehow lacking something in spite of Hanna singing the pants off the thing. It starts big, stays big, and at exactly the point you expect it to step up into a contest-winning even bigger finish… it stops. No semblance of a proper ending at all. It’s never a good thing in the thing thing thing to leave your audience going “Huh?… Did it finish?” Sad old Hector the stage manager has just thanked them, anyway, and we’re off to t’canteen.

7 September – Is this a fantasy or just a sad story?