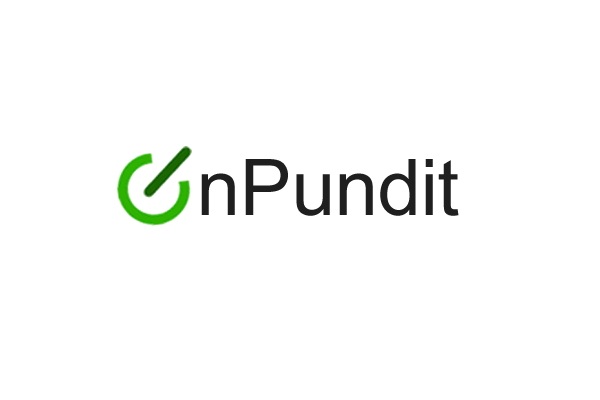 Well since everyone else had Thursday off, I did too. Plus I spent all yesterday afternoon shut up with librarians and that’s never good for one’s mental health.

So onto the shenaningans of day 2:

Well God loves a trier we’re told but when that trier allies herself with the devil that theory goes out of the window…. still you have to feel a little bit sorry for Valentina, she’s becoming as ubiquitous as the Eurovision trophy now. And really it’s not that bad apart from the giant webbed foot behind her that looks like her mother and father were blood relatives (and really let’s face it, all Sam Marinese people are inbreds). Most of the fan community preferred last year’s entry but I have a sneaking regard for this one as the late Mr Wogan used to say. You’d have to say that it stands a chance of making it to Saturday as long as no one mentions the word Siegel and no one delves too deeply into her antecendants. There are bound to be a few people out there who like it, but for everyone else, there’s the proper Italian entry.

My what have we here? I don’t know but it sounds like it’s in pain. The last time I heard a noise like that, it was in an abatoir which is perhaps where this ought to be. Just because something is europoppy, doesn’t mean it’s good. Other web blogs please take note. This isn’t just a dog’s dinner, it’s a full can of Pedigree Chum with a sprinkling of Winalot (sorry Pedro). But a camp dogfood name is the closest this will ever come to success. It’s like the warm nations are not really trying, so those of you who start preparing for next year’s contest before the current one has finished should probably start packing thermals to avoid the chill….

Rarely (with the exception of the 3 Liberace-alikes who entered for the Netherlands in 2009) have I wanted to inflict bodily injury on a Eurovision act as much as these two. What the hell is this about and why are you called the Common Linnets? Admittedly that would be better than being called the shop window whore and her client which is probably closer to the truth but even so something has got to make sense about it.. hasn’t it? I think I dropped off after the first 10 seconds and I can’t imagine that the rest of Europe won’t too, especially as the room is darkened during the performance. Oh Netherlands you were doing so well last year why spoil it with this trash? bring back the guillotine, we need a basket for these two….

Well actually this is pretty damn good. Bravo Montenegro. This is your first solo entry that I haven’t hated. In fact it’s expertly done. I can’t quite make out why he has an ice skater behind him, but it wouldn’t be the first time a Slavic entry has had that and it didn’t do any harm then. I really wish this well.

Another of the front runners ahoy and gosh if I don’t seem to like two songs in a row. A well performed ballad. There’s surely not many of those in this contest? And I think that’s really the only thing not in it’s favour. Europe may well be suffering ballad fatigue by this point. It will certainly get through to the Saturday show and is potential top 10 but better hope for a good draw or Budapest 2015 is outta the question. I wouldn’t complain if that happened though. Good luck Hungary!

I have to declare an interest here as I “helped choose” this one having attended Malta Song for the second year in a row and drank lots of their free wine and whisky (well I was providing a service). It’s very much an in vogue sound though and coming after a load of ballads could do very well indeed. This is the best bet for a warm Eurovision next year by far and I hope the Maltese will remember who stood by them in their hour of need when it comes to hospitality and accommodation next year 🙂

In the national final for this, she looks like a slug bursting out of it’s skin. Fortunately since then she has dramatically improved her look. And we have that rarity in this contest, a rock song. Again as a complete contrast to what has gone before, it can do very well but she needs to do a bit of fine tuning first. Perhaps she could lend one of Phil’s daily forks to do the job? Interesting stuff coming out of Israel. Shame they all lie on the floor at the beginning, that was never a good idea. Beats the days of Ding Dong and crab-like choreography at any rate…

Now I didn’t initially see this one but find that I do now. If it’s a battle of the dark moody male ballads with Armenia, this one is going to come out on top. Expensive beer and early stopping transport for next year’s Eurovision are not out of the question again though hopefully without the boring landslide that Rybak got in the voting. Still another one that I really don’t mind. I make that 5 in a row. We’re on a roll, even if it is a mopp.

Netherlands I take it all back. I want these to die even more than you. That basket is going to be kind full under the guillotine before the day is out. The paraglider from the Albanian video appears to have gate-crashed the party and they’re so drug-crazed bashing out this b**locks that they haven’t noticed. They must have done this for a dare surely? Aside from the irritation factor and the fact that they’re all weird, what has it got going for it? A set of Russian tanks rolling into to Tblisi in revenge possibly. It would take the heat off those poor Ukrainians at any rate…

The good news for all you fans of the video is that the peasant dress and the cleavage are coming to the live show. I gave this one maximum marks at our preview party just to piss everyone off but I rather like it and I would say it takes a lot of b**ls to enter something like this except that they’re women and that’s all to the good. This is my guilty pleasure and you’ve got to support your Slavic neighbours haven’t you? Except if you’re Russian perhaps…

Once people get over the initial shock of seeing Russell Brand in a dress I think they might actually like this one. It’s got lawsuit from Cubby Broccoli written all over it naturally but it’s well performed and a classy song which can’t be said about that many songs this year. The Slavs will sink it in the final obviously since they regard her as unnatural but if a grown man wants to  walk around in a long frock and pretend he’s Shirley Bassey why the hell shouldn’t he? The only problem if it won would be if we got 40 men in dresses entered in next year’s contest but we’ll deal with that problem if it happens, however unlikely.

Where do I start? When I was in Vilnius a man in a bar who could barely utter an intelligible word because he’d had so much alcohol wanted to tell me how grateful he was that my people had saved his country from communism. Unfortunately he was unintelligible and it didn’t really work as a conversation however touching it was. I think he may have written this song and dreamed up this concept when he was sitting there in front of me. It’s the musical equivalent of Mr Messy from the Mister Men. Did they really have about 20 rounds in their national competition to come up with this? Vilnius as a city is a well kept secret. It’s likely to remain so if they keep entering stuff like this in Eurovision….

Ahoy there! A Scandinavian entry that I genuinely like 🙂 And not only like, but love!! God bless the Finns, they don’t always get it right, but when they do it’s bloody marvellous. My only fear is that it reminds me very much of a couple of Swiss entries of recent years where they entered a very competent band and got overlooked in the semi-final because they were too good. If that were to happen here, it would be a great shame, although Helsinki is of course one of the most boring cities in Europe. Second only to Dusseldorf…

What’s this? An Irish entry that I like? Sure the presentation needs a bit of polishing but unlike many on the blog circuit I think this is definitely through to Saturday. Has everything going for it. Decent tune, nice singer and catchy melody. I’m not saying it will do any great shakes on Saturday but it can’t do much worse than last year’s Irish effort really can it? And if this fails the Irish will really have no choice but to enter Linda Martin with a beard next year. Oh I forgot, she’s singing for Austria this year….

From Latvia’s baked cake, we come full circle to Belarus’ cheesecake. My movers of last Sunday, Messrs Faulkner and Key both like this. Used to think they both had taste… The only thing this has in it’s favour is being drawn last in the semi. Otherwise I think Nato should be carrying out military manoeuvres on the border with Belarus instead of Ukraine as a warning to keep this crap within their own borders. I am confirmed in my dairy intolerance!

The more observant of you will have noticed that I also reviewed Wednesdays action as well as Tuesdays. But what the hell. What’s an extra 11 fine quality songs and performances between friends? I’ll tell you if I hear them… 🙂 Toodle pip all.

15 May – You gave me your love, I gave you nothing