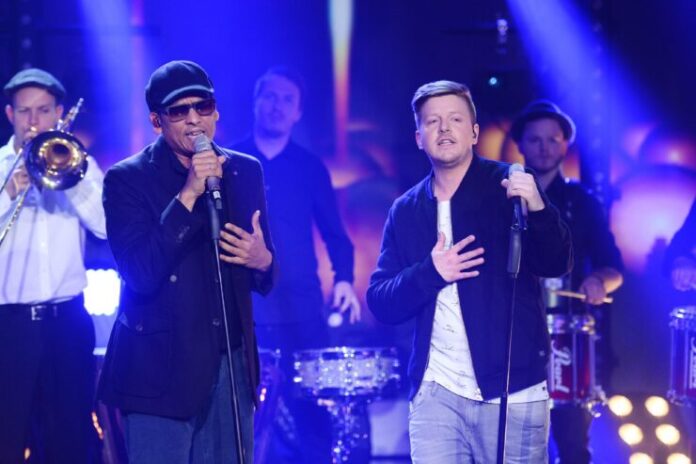 Together with ‘Team Liebe’, he’s performing ‘Hallo Welt’ in ‘Germany 12 Points‘ – the show that will pick a song for the Turin 2022 Eurovision Song Contest. On the face of things, a dreary nul pointer if ever I heard one, but there’s a dark side.

Back in 2015, broadcaster NDR suffered a rush of blood to the head and selected German Soul and R&B singer/songwriter and record producer Xavier Naidoo to perform in the 2016 Contest. His entry was due to be chosen from six possible songs in a national final.

Naidoo’s right wing political views, coupled with homophobic lyrics led to calls for his selection to be reconsidered. Within a day, an online petition gathered nearly 15,000 signatures. Naturally enough, NDR took back the offer.

At the time, Suave signed a public message of support for Naidoo. Later that year, the pair collaborated and released a single.

There’s a (possibly unfounded) worry that Naidoo fans will repay that support by flooding SMS, phone and online voting to win the Eurovision ticket for Suave. And whilst Nico Suave has in no way endorsed Naidoo’s bigoted, dangerous and irrational views, mud does tend to stick. That and the song is fairly awful.

Combine this with widespread talk “Hallo Welt” was squeezed in at the last minute – remember how well that went with the truly dismal Sisters a few years back? And then a random draw that just so happened to put them singing in the final prime position on the night, and hey-presto, it’s a PR disaster for the broadcaster.

Just in case you think I’m exaggerating about just how bland and forgettable the song is … click and listen.

Well. And one more aspect: the member NKSN from the “Team Liebe” writes lyrics for other artists such as Kool Savas.
Example?
Here we go:
“I´ll come to your wedding and will jerk off into your brides make-up.”
“You are sucking every dick for streams.”
“You are wanking every dick and eat come like cottage cheese.”
So much love, isn´t it?