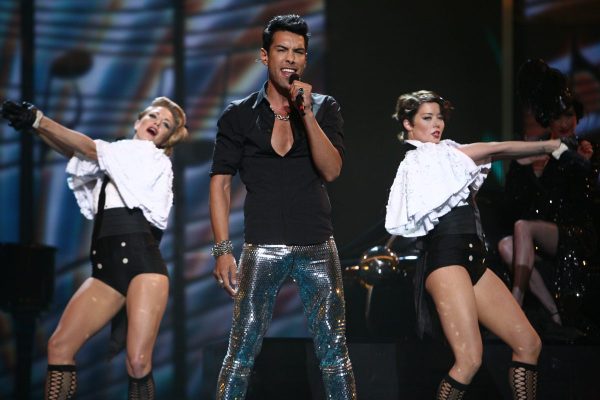 Even though the Germans have employed the Ex Mrs Manson for this one to do her Burlesque thing for the last thirty seconds, it isn’t going to detract from the other two and half minutes.

Alex Christensen is the spit of the lounge singer from the Rotherham Grand Hotel from a couple of years ago and the song bores the pants off me. Even the writhing lips settee in the background just makes the whole thing look a tad silly. Which is a shame because it had so much potential. I don’t know where it’s going to pick up votes from – juries?? – they have a hard enough time as it is … Televoters? Would YOU vote for it?!