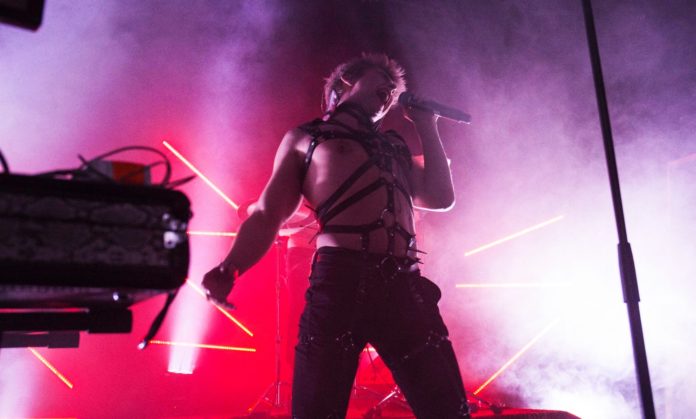 If you don’t understand the relationship between Eurovision and the real music scene in the UK it would be easy to lament the great disconnect between the diverse creativity in communities nationwide and what ends up in our three-minute showcase each May. In Iceland too, you look at the originality and cool of artists like Björk or Sigur Ros and wonder just how you draw a creative line between that and the blandness trotted out for the past few years; blandness that reached a new nadir with the misfiring sweetness of Ari Ólafsson.

It is, then, quite an astonishing volte face that has seen Hatari climb up among the favourites to take the 2019 crown. You know momentum is swinging your way when a load of fanboys couldn’t give a stuff for the return of Hera Björk, ditching her to get their knickers wet for a techno punk band spinning us a nihilistic fable warning against capitalism, greed and banality.

Add in a superbly played PR strategy stretching from a spoof uber-cool brand sponsorship (of an anti-capitalist song) to challenging Israeli PM Netanyahu to a trouser-wrestling match and you have all the priceless pre-publicity of the Dana International, Lordi, Conchita, Jamala and Netta levels: EVERYBODY’S talking about Hatari. They’ve been embraced by strictly-schlager fanboys, Icelandic schoolchildren, and everyone who’s been clamouring for something THIS MUCH subversively fun in the Contest.

Despite the obvious nods to it all being akin to an undergraduate art school project, and the confirmation that most of the band have an arts-based education, there are still some people who think Hatari are your actual harbingers of left-wing extremist doom.

It would make my Eurovision if, in the early hours of May 19, it’s Hatari who are having the last laugh. Although whatever their final reckoning, you expect they’re going to enjoy every minute of the journey.