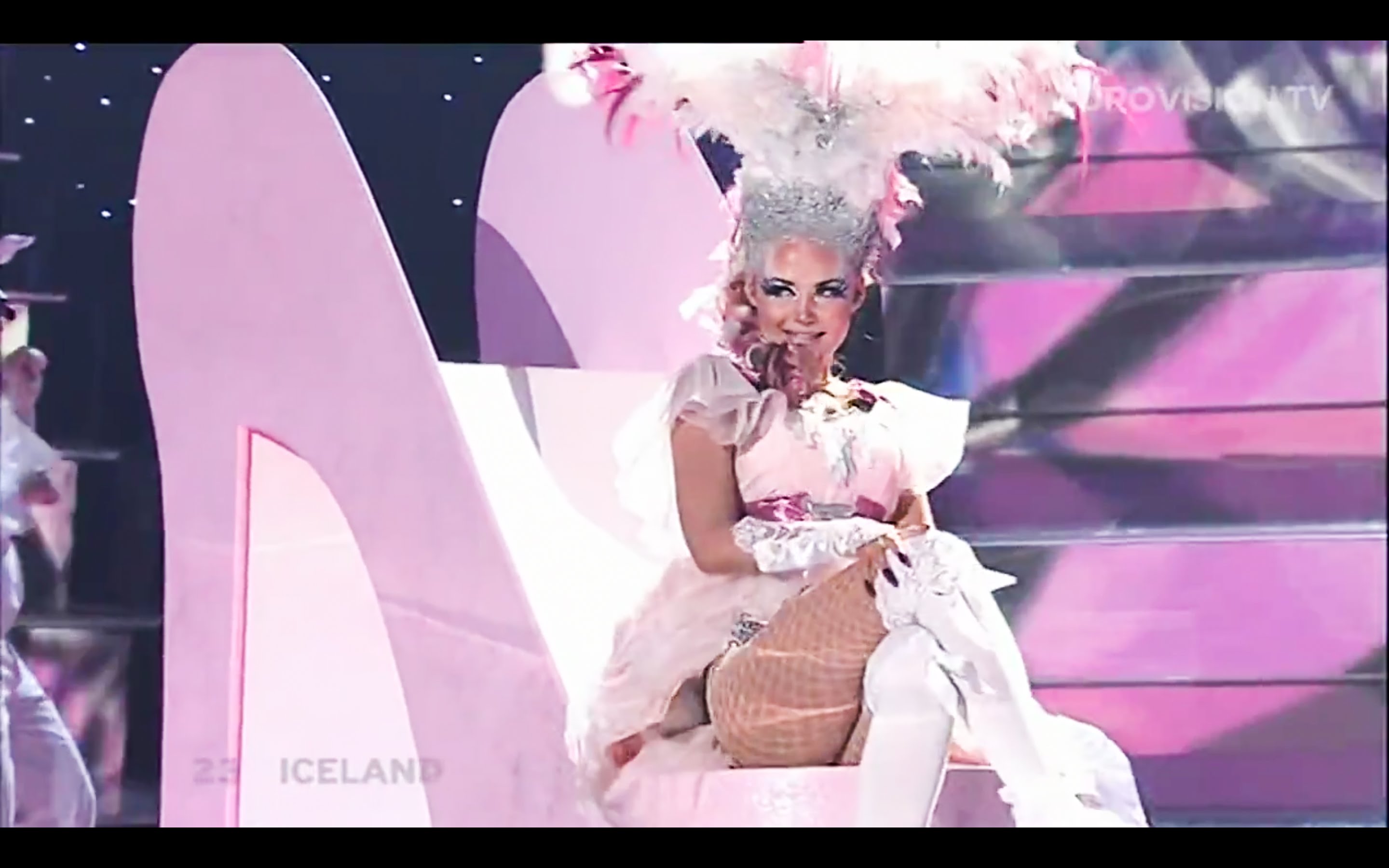 Iceland is not going to qualify. The boos for this song were very loud on the stage and it is performed awfully. It is what I feared it always was, a one-trick pony – with a trick that Europe will not get. On This performance, which is hideous, Even if they do get it – they are not going to vote for a performance that is just beyond weird.

In seven days, she has managed to ruin a perfectly good song with an act that is over the top – over-stated and over-hyped.

If she had toned it down a wee bit – it would have been fantastic – but she’s going home without performing it a second time.