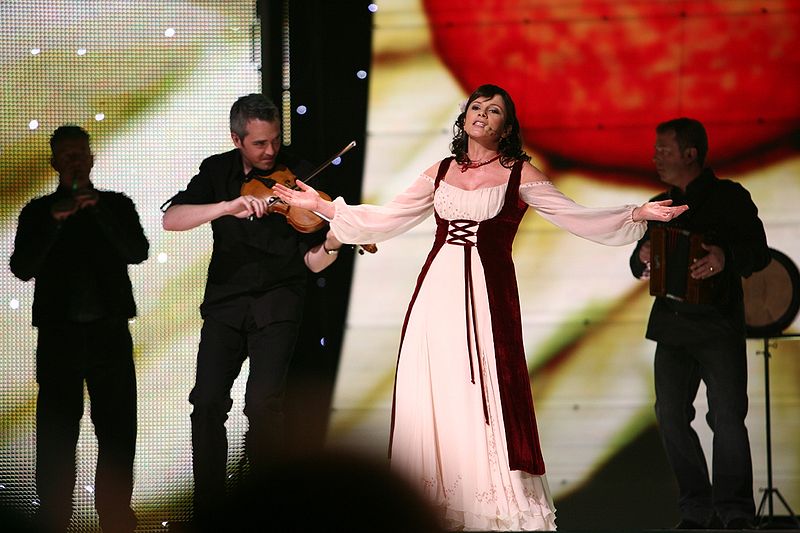 Phil: Mrs Doyle has changed her dress and any “artistic differences” with the crew have gone, and a daisy is now their background! Lovely, so it is! Vocally she was mostly spot on – however there were a couple of places where she was … well … not spot on. Warbling would be the right word, I suppose. But hell, it’s good enough to get into the top ten – and no, I do not have Keith Mills next to me pointing a gun at my head – it genuinely is what the Irish should have been sending for years, and not trying to be faux Irish. That makes no sense, but I mean it’s ethnic enough and modern enough to appeal. Well done RTE on this one! Now, where’s the Tom McGrath Perpetual Trophy?

Nick: See, Serduchka scares me, but we cannot stop him sing And Cicero’s odd performing 50s New York Swing
Lunchtime’s coming up, we might head off for a mooch…
They can’t stop the Scooch.

I’m having weird feelings about Ireland. It’s perfectly serious and sensible, and yet perfectly enjoyable and just slightly silly. I’m still finding it very very good, and if Europe’s ready to support a bit of Celtic diddly daidly again (given that I am, and I’m the coldest-hearted Englishman you could ever hope to avoid meeting!), this could finish absolutely anywhere.

We don’t need no party

You’re sure you won’t have just a little one, there? We’ve got cheese…