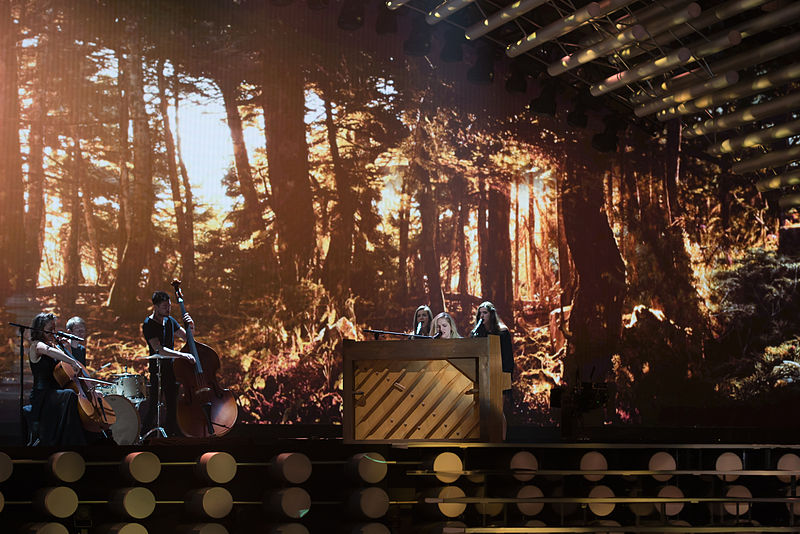 Now then RTE, thank the lord you have some sense and have listened to people that know what to do to stage a song! – #lovelymolly has written a very deep song, with complicated lyric which, it could be argued, could be about the Irish banking crisis if you look deeply in the lyric enough (yes YOU Deller!!), but at the heart of it all is a young woman that has written a darn good song that is in 3/4 time that makes you sway in your seat….. or at least it does for me.

There is no “Irishness” in this staging that has blighted previous attempts to bring the Eurovision “home” but instead Molly sings it beautifully. A simple golden background and a band on stage to give a bit of depth to the backing vocalists and an intimate club feeling on the Eurovision stage makes for a good looking performance.

My one critique is that Molly could do with flicking p some eye contact during the song but jell, every time that has been shown it’s gone down well here. Finally, an Irish song that can do RTE proud.