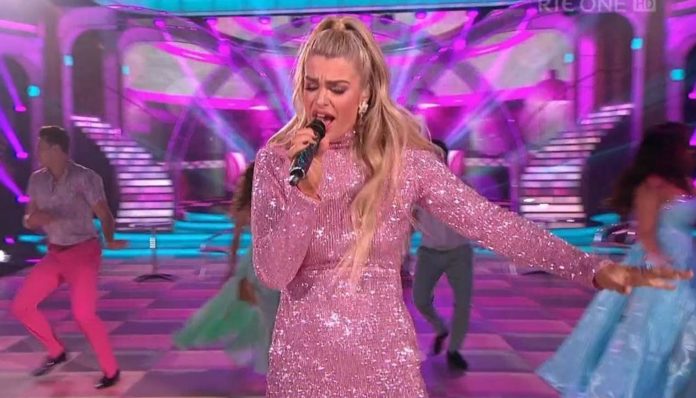 There’s an argument that Ireland has lost their former spark, from the time in the 90s where they could barely put a foot wrong and losing was a greater effort than winning. There’s also an argument that they were the lucky right place, right time recipients of an English language advantage and riding the back of a roaring cultural Celtic Tiger.

Whatever it is they’ve struggled since, with only Jedward offering any real glimmer of success for well over a decade (although there was a sweet irony behind Ryan O’Shaughnessy’s first-in-five-years qualification being boosted by a same sex romantic dance following an acrimonious battle for marriage equality that culminated during Eurovision in 2015).

This year rumours abounded that RTE were going for a big name, with the seemingly stalled announcement suggesting they were holding out for someone. In the end Sarah McTernan’s announcement and subsequent song reveal had been built up to an anti-climax.

Her song is fine, reminiscent of the contemporary female pop that peppers the current charts, and easily able to hold its own among its contemporaries in the mainstream, and she seems a game lass, up for the fun that Eurovision today offers. What it doesn’t feel up to is being competitive in this particular competition.

We’ve only had a glimpse of it live on TV, a little swamped by the spectacle of a surrounding mis-matched dance routine on Dancing With The Stars. To her credit Sarah looked like she had rehearsed the hell out of making her performance look disinterested and flimsy, and she won hands down on these counts. What a shame she can’t be judged on that at Eurovision.