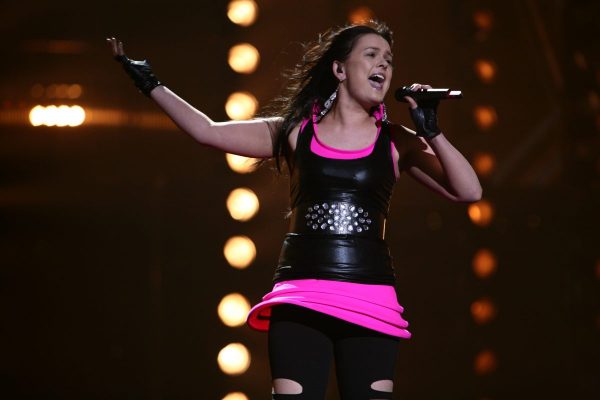 Phil: Whilst I am mindful that this is a rehearsal, I have heard this sung better. Sinéad Mulvey and Black Daisy seem not to have the mix right on the microphones yet and the fireworks just don’t do it just neither do the fireworks or indeed Sinead’s voice. To my ear she seems to be straining for the notes towards the end of the song and it smacks of rank amateurism from the singers unfortunately. Now, again, it could be nerves, and for all your Irish people out there, you had better hope it is and although the song had potential to qualify, unless they pull something out of the bag (and I don’t mean a boil in the bag singer here) this is going down the tubes faster than a Moscow Metro train winging its way to Prospekt Mira station.

Franko: Now I like this song but alas it sounds and looks dreadful. No doubt they have read our review of Bulgaria and are competing to have the worst vocals of the competition. And they very nearly succeeded too….. I’d like to be able to talk it up but it’s unremarkable and that combined with its second in the draw status should see it languishing near the bottom of the pile come May 14th. Sorry girls but I think you entered the wrong contest.