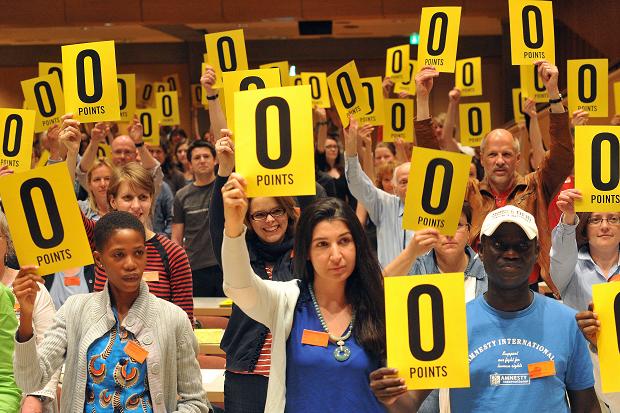 Two for the price of one – aren’t you lucky? Well … no … as the picture above must surely suggest, I’m unimpressed.

In a contest where not a lot piques people’s interest, you need something to stand out above the crowd.  Sadly, though, Latvia is possibly even more camouflaged than many of the other songs in this contest.

To me, it’s just three minutes of dirge, and almost makes me want to punch something … because that’s the only way this song might get an emotion out of me.

It’s just three minutes of archetypal background filler music. No one will vote for it, because no one will remember it even exists, and in this arena that is almost as bad as being rubbish.

I remember seeing this at a shindig with some chums and going “doesn’t he have lovely hair” and that was the peak of my excitement.

Eight weeks (or more) of selections gave us this. It makes you wonder if it’s all worth it.

‘Run with the lions’ is, essentially, a slightly uptempo version of the Latvian song, but the premise remains the same – it’s boring and bland.

It has nothing to make me actively vote for it and even Jurij and his very bad emoting can’t get me enthused for this one.

Also, it encompasses one of my pet peeves, the lack of lyrics in the middle 8 and bridge suggest that even the songwriter ran out of ideas or got bored.

Latvia-
Lost and forgotten, wait that was a song from Russia, several years ago. But this what I feel about this song. It’s there and it fades away without leaving any mark.

Lithuania –
He can sing this, that’s for sure but it’s so bland and uninspiring that there is nothing that convince me that this is a good song. I can’t remember how this is goes. Next.