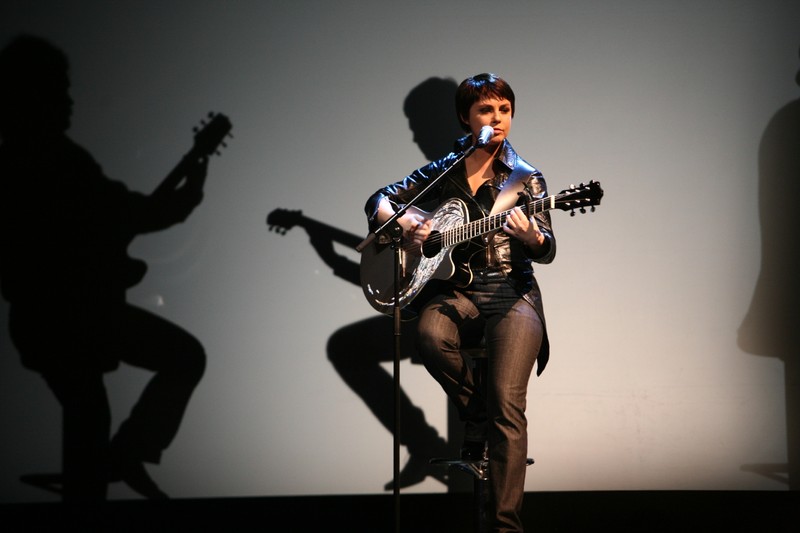 Nick: An unusual staging here, no animations or backdrop at all, except for a set in near darkness with the musicians in silhouette behind a screen. Singer looks just a smidge like Victoria Wood – I can readily imagine her being smacked on the bottom with a Woman’s Weekly … but it’s such a sleeping pill. Immediately before Greece and immediately after Random Semi-finalist, it could be different enough to be … completely overlooked. To my right, a member of the OnEurope delegation has turned into Father Jack. He’s not feeling the love.

Phil: This song is going to get totally lost. The concept is sound – woman on chair with a guitar doing not a lot of anything – backing singers lit behind a screen … But that is where any hope of this song doing any thing actually stops. It is going to get lost between Greece on one side of the draw, and randomness on the other side. It is the Croatia of the final, lift lobby music for the un-eurovision. This is going straight back to the Semi.