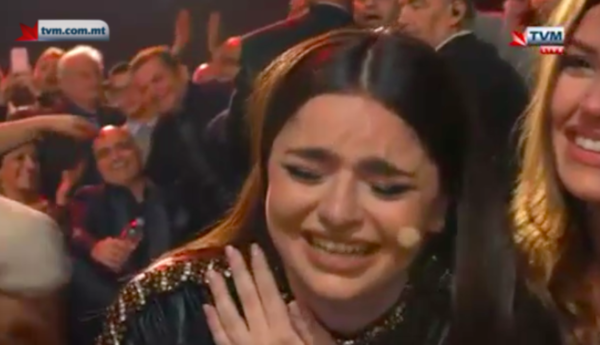 As is the fashion these days, the result was a 50/50 jury/televote split, and Christabelle won both. She scored top marks from every juror and topped the televote. Her final score of 133 left second-placed Richard & Joe Micallef way behind with 98 points.

‘Taboo’ breaks from the regular Maltese Eurovision fodder in that it isn’t a song about love (lost, forbidden, yearning or otherwise). It addresses mental health awareness. And if it sounds eerily like something you’ve heard before on this stage, it’s co- written by Swede Thomas G:son, along with by Johnny Sanchez, Muxu and Christabelle herself.

To these ears, it’s a nice-enough song, but it relies heavily on visuals to distract from any weakness elsewhere.

Malta has participated in the Eurovision Song Contest 33 times since its debut in 1971. Malta has yet to win the contest, but is the only non-winning country to have achieved four top three results.

Malta finished last on its first two attempts in 1971 and 1972, and had a 16-year absence from the contest between 1975 and 1991, when it returned. Malta has participated every year since.

Since finishing last for the third time in 2006, Malta has struggled to make an impact, having achieved only two top 10 results in recent years: first being Gianluca Bezzina’s eighth-place in 2013, and Destiny Chukunyere’s seventh-place finish in 2021.

Emma Muscat will perform ‘I am what I am’ in Turin when she represents Malta.