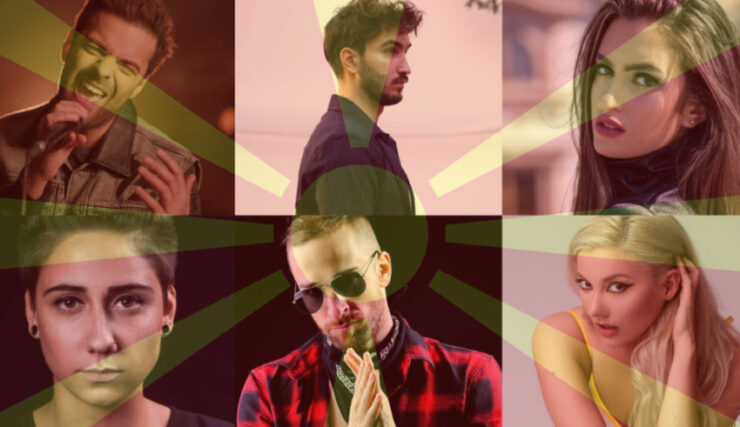 For those of you that have not been following the musical Test Match that is Sanremo, another song for Turin got sorted out tonight ( 4th Feb), the North Macedonian one.   After a conflict with the times (sources were one hour out!), we finally all tuned in at the appointed hour to see…well… six songs of dubious quality (one of which, Superman, is all about “boy power” and makes you feel a bit ikkie)

After some jury scores, which were based on rankings and not points, so the highest you could score was “1”, and the Televote, the result was as below.

And so we had a tie with 20 points at the top of the scoreboard.  Viktor scored three times as many televotes as Andrea and yet Andrea won because she had a better jury score.  Something is not right with this result methinks.

[…] this point, let’s gloss over the North Macedonian national final and the fact that the juries gave this the nod over the other song because, frankly, it would just […]

What a super weekend that was!! - OnEurope

[…] strangers to controversy, the Macedonian’s came up with a tie for the win on Friday night which was resolved, bizarrely, by the jury scores – something not right there […]

© OnEurope owns the rights to stuff we write
3
0
Would love your thoughts, please comment.x
()
x
| Reply