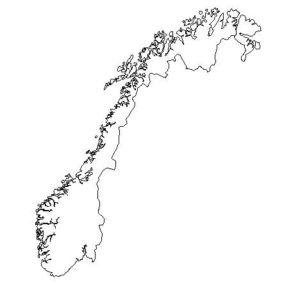 In a break from our usual programme of birthdays, it’s a random one today to keep you on your toes. And not just any old randomness. It’s a random winner.

Back in the 1990s, Europe couldn’t get enough of a certain Ireland off its west coast. Win after win after win. It was as if the contest would always be held at 20.00 local time. However, in 1995, some have said that Ireland didn’t want to win, so they deliberately didn’t pick the best song in its national final. But what happened instead? Well, along comes Norway with Secret Garden. And who was in Secret Garden? Rolf Løvland – a Norwegian – and Fionualla Sherry – an Irish violinist. So Ireland had a hand in yet another winner. And if you don’t know the word(s) sung, you can always hum along.

Norway has participated in the Eurovision Song Contest 59 times since making its debut in 1960 and has only been absent twice since then.

In 1970, the country boycotted the contest over disagreements about the voting structure, and in 2002, they were relegated.

Before 1985, Norway’s best result in the contest was Åse Kleveland’s third-place in 1966. Norway’s three victories in the contest were achieved by Bobbysocks in 1985, Secret Garden in 1995 and Alexander Rybak in 2009. Norway also finished second at the 1996 contest, with former Bobbysocks member Elisabeth Andreassen.

Norway has finished last in eleven Eurovision finals, of which four times with “nul points”.

In 2019, Norway became the third televote-winning country to not win the contest (the previous ones being Italy in 2015 and Russia in 2016).

Norway has a total of eleven top-five results in the contest, the latest being Margaret Berger’s fourth-place in 2013.

Electro pop duo Subwolfer will represent Norway with ‘Give that wolf a banana.’