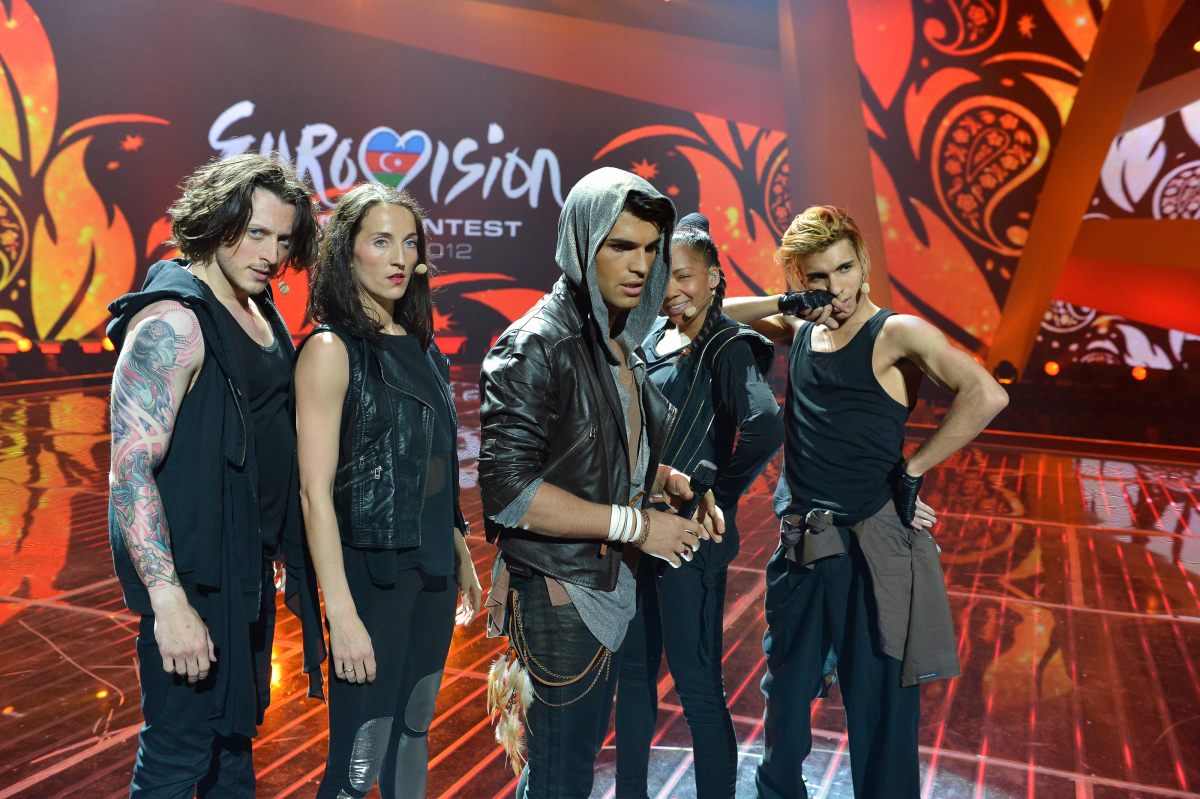 Here’s my catch up on the last three songs of the day.

Ooh this is going big in the hall isn’t it? That crunching electronic sound is made to be blasted out as loud as possible and this is a welcome wakeup call amid all the ballads of semi 2 that blends an eastern sound with modern dance music. I like Tooji, he’s pleasing on the eye with his smouldering looks even if he’s not exactly my type. Sometimes I look at him and think I’d like to pull his hood back and see a bit more of him. The backing dancers have the right kind of look for this, and I think it’s sailing through to the final with no problems. To answer that Phil’s question about the baldy backing singer – no, he’s not there every year, and in fact this will be my first opportunity to stalk better acquaint myself with him in person. How better than good! 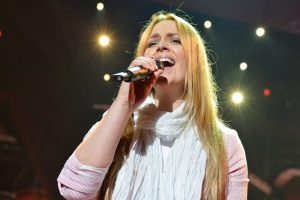 Unlike Kaliopi Maja is going for the sat-down-stood-up at the piano cliché but with a song this simple it’s a very good choice. Maja is no longer having to play her piano on the back of a train, or whilst being shunted up and down the production line in the Sarajevo metal works, though they have created a bit of virtual reality scaffolding on the backdrop for her just in case she’s missing the place. Very sweet, very pleasant, probably qualifying on the back of the draw and the neighbours, but not undeservingly so. 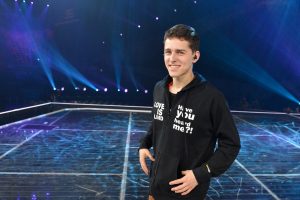 Thank goodness this is the last of the day because I barely know where to start. Donny is still doing his slightly too literal interpretation schtick with the continuing application of the blindfold, albeit a nice new bobby-dazzler of a blindfold with added sequins. He needs to watch he doesn’t get it inside out else he might inadvertently have his own eyes out; that would be ironic, wouldn’t it boys and girls? The rest of the routine isn’t really changed since the national final; the one-handed cartwheel is still there, and Donny has clearly rehearsed this well and is in very fine voice. Sadly no amount of rehearsing seems to have remedied the fact that the second half of the song seems to be being sung to a different tune to the first and the end bit appears to have wandered in from a completely different song altogether. Competently done, but his source material is highly lacking. I barely dare to write this off after the dirge the Lithuanians managed to sneak into the final last year, but I think this is the last we’ll be seeing of Donny for this year at least. Tell him he’s welcome back but ask for a better song next time, please.

So there you have it, our first look at all the semi-finalists is complete, and what a lovely time I’ve had proffering you my musings. I’ll have a think about what I would call as my qualifiers based on what we’ve seen so far, and I’ll chip in tomorrow as the first batch of second rehearsals get under way if I see anything worth mentioning. Rosé and I are off to Heathrow on Friday morning to embark on our pilgrimage to the Holy Land of Eurovision 2012 and I can’t wait to get there. We’ll do our best to get some live coverage from the Big 5 and Azerbaijan’s first rehearsals on Saturday and of course post our experiences in Baku to try to give you a flavour of what’s going on on the ground in the host city. It’s been a pleasure so far and I hope you’ve enjoyed it.