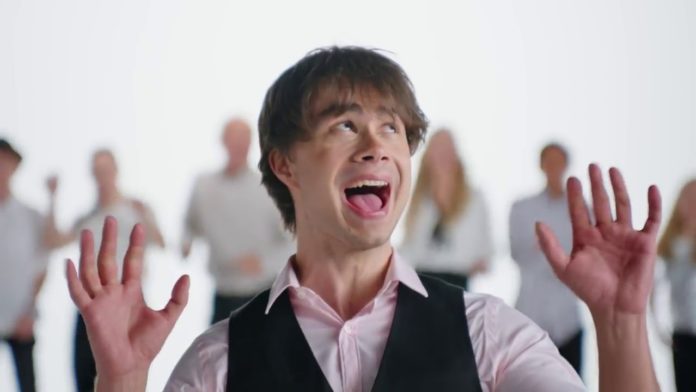 Only one performer has ever won the Eurovision Song Contest twice. Johnny Logan warbled his way to victory in 1980 and 1987. This year, Norwegian power-violinist Alexander Rybak hopes to equal Logan’s record with ‘That’s how you write a song‘. But is it wise to return? We look back at how things worked out for other winning acts who hoped that lightning might strike twice.

The very first lady of Eurovision

Where better to start than with the first ever Eurovision winner? The late Lys Assia triumphed back in 1956 with ‘Refrain’. And – unlike some performers, who wipe the show from their CV – Lys remained a staunch ambassador for the Contest, throughout a long career. She never quite made the big stage again, but it wasn’t for lack of trying. She entered the Swiss national selection in 2012 and 2013, and at one point, was linked with San Marino. That gig came to nothing when Valentina secured two weeks off work. Her 2013 song ‘All In Your Head’ was an improbable duet with hip-hop band New Jack.

Conservatives tried to block transsexual Dana International from representing Israel in 1998, but she made it and beat the UK’s Imaani by six points to win with her song, ‘Diva’. Eurovision propelled her to international stardom. In 2011, Dana brought us something new in the shape of ‘Ding Dong’. The magic wasn’t there and she fell at the first fence, denied a place at the final and ending 15th in her semi-final with a miserable 38 points.

It takes nerves of steel to defend your win on home ground – but German Lena did just that. After storming the scoreboard with ‘Satellite’ in 2010, she accepted an offer to defend her record a year later. ‘Taken by a stranger’ finished tenth – a position that these days would be considered a huge success for the Germans. She’s gone on to tread the well-worn reality show judge path so beloved of former hit makers … although there is talk of a new album.

Ireland still hold the record for most wins at Eurovision – but it’s likely to fall soon if recent results are anything to go by. After a last place in 2007 and two years of missing out on the final, 1993-winner Niamh Kavanagh gave it another go in 2010. She got the nation back into the final. Things didn’t go so well after that and she ended the Saturday evening in 23rd place with just 25 points.

Talking of countries that do rather well at Eurovision, the pretender to the ‘most wins’ crown is Sweden. One more victory and they’ll equal the Irish seven. One of their six winners didn’t have such a good time when she tried to up the number. Back in 1999 Charlotte Nilsson successfully urged voters to ‘Take me to your heaven’. A spat with Swedish broadcaster SVT meant no guest appearance when the show hit Stockholm in 2000, but all was forgiven by 2008 when (now performing as Perrelli) she took ‘Hero’ to Belgrade. Despite being one of the favourites to win, her schlager-tastic song finished 18th out of 25 entries with 47 points.

Fun fact, she’s technically Auntie Charlotte to Benji – this year’s Swedish entrant – although a messy divorce and an even messier family feud means she probably won’t be offering him tips.

It wasn’t third time lucky for Vassiliki Papathanasiou – better known to the Eurovision world as Vicky Leandros. In 1967, she landed fourth with ‘L’amour est bleu’. She returned in 1972, and took the trophy back to Luxembourg (remember them?) for ‘Apres toi‘. After what musical history might term the quiet years, she entered the 2006 German national final. Sadly, ‘Don’t Break My Heart’ failed to win the ticket and Texas Lightning went to Vicky’s homeland.

So what’s in store for Rybak – the man who Graham Norton once noted has ‘a face you couldn’t tire of slapping‘? The odds suggest he’s in the running. But what do you reckon? Is that really how you write a song?

[…] For only one of those has a return (or try-out) to Eurovision after winning proved successful a second time around. For the artist with the biggest winning margin in Eurovision history, it’s difficult to see how […]

[…] Rybak is back. And isn’t the world thankful that he put his writing skill and talent into this three minutes of unmitigated shite? […]