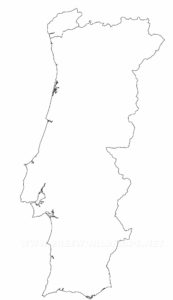 What do you now? It’s more Lusitanian singing that was largely ignored by the juries of Europe. I’ll admit that not everything Portugal did was good, but they deserved better some years.

Back in 1990, Eurovision was a simpler affair. We knew which countries would be in the ‘Grand final’. There were juries consisting of members of the public. And countries had to sing in their own languages. That’s perhaps where Portugal suffered, as their tongue might have been a bit unusual for some tastes. Today’s birthday girl Nucha (née Cristina Isabel dos Santos Baldaia Trindade) did her stuff in exotic Zagreb (well, it was fairly exotic at the time) and scored a measly nine points. Nine Points! Seven from Luxembourg and two from the UK of stuff. Surely the jaunty notes on her dress warranted at least double that.

15 May – You gave me your love, I gave you nothing