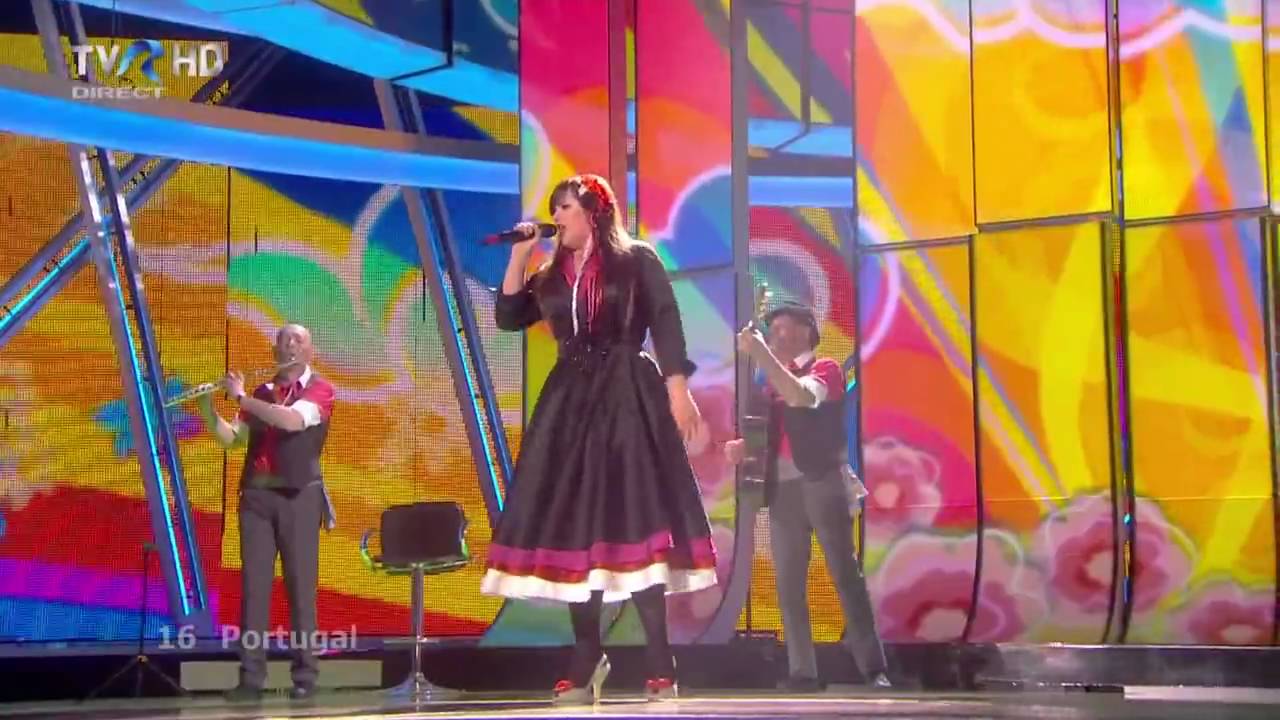 Phil: They managed to delay their rehearsals for us so we could at least say we only missed TWO rehearsals today – which was nice of them!!

She does look like she has been Chiara-ed by RTP ( i.e it appears she has put on a few pounds)_ – but hell, if it helped her, and Portugals other big girl singer last year then who am I, a tubby lad with a few extras myself, to complain!

Shame the voice doesn’t match the frame though – mind you with the song as it is – you wont need that I guess… It’s been described as “Pleasant” – that could be a curse or a good thing… I suspect, however, no matter how nice it is – It just isnt going to do anything!!

I remain to be convinced!!

Franko: Ah that’s better. Back to the music. I’m really starting to respect Portugal as a Eurovision nation. This is quite simply lovely. Simple, well performed and charming. They don’t mess around with gimmicks or strangeness, they just get on and perform the damn song which I really wish some of the others would do.Like other songs of it’s ilk in this contest, you wonder whether charming is in this year. If there’s any justice though it’s a certain qualifier and it’s draw near the end can only help.

There, I’ve done my good deed for the day and made Pedro happy. He can buy me a drink in return when he turns up 🙂

Roy: Now then, remember how the Slovenians asked if they could play their violins live on stage this year, as they were the major constituent part of the song? Svante rightly refused, of course, and Babic had a hissy.

Well, I’ve just watched the Portuguese rehearsal, and you could clearly hear their instruments through the mics as they were messing about between takes. Now then, all that is happening here is that all of their vocal mics are picking up sound bleed from their instruments, meaning that you can hear their live instruments over the playback.

Now this is likely to cause more sound problems than gain them any kind of advantage, but the volatile Mr B isn’t likely to see it that way, so expect to hear some manner of complaint about it if he gets wind of it.

This could be some fun!