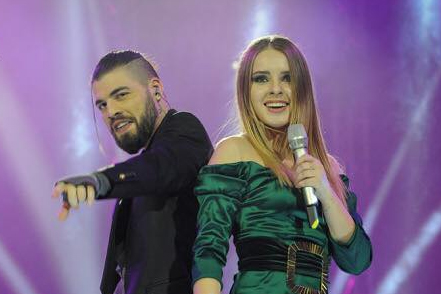 Every now and then, Eurovision throws up musical gems that chime with wider trends. It launches careers.

And then there are the songs and performances that lazy broadcasters compile into ‘clip shows’ that present Eurovision as a place where batshit goes to play.

These days the contest rarely descends into madness. Yes, there are ‘comedy’ acts most years … even though the supposed humour fails to translate.

But 2017 is shaping up to be a vintage year for detractors.

This evening Romania added to a pot already seasoned by Croatia. ‘Yodel it’ takes us firmly back to the days when viewers sniggered with justification.

Illinca and Alex took to the stage at the Romanian national final with a swine of a song, smugly performed with zero charm. If it were a dog, any caring vet would shoot it in the face.

Last year, TVR were ‘punished’ for not paying their EBU fees. They were ejected from Eurovision at the last minute. This feels like two fingers up revenge.