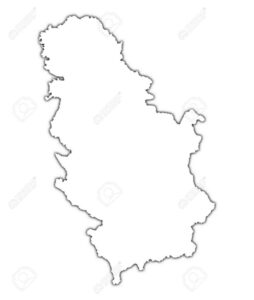 If your country’s début entry turns out to be a winner, then all of your subsequent performers are living in that song’s shadow. It can prove tough. Even so, if you’re one of that country’s performers, it can be good to put your own mark on things.

As we know, Serbia won with a very classy ballad. In Serbian. So to break that mould, and avoid comparisons, maybe you should use another language and do something a bit more upbeat. That’s what today’s birthday girl Бојана Стаменов/Bojana Stamenov did in 2015. You could argue that things had moved on since that win eight years earlier, but Bojana persisted and earned herself a place in the Grand Final. And she finished on the left-hand side of the scoreboard in Vienna. Beauty, and indeed the juries and televoters, never lies.

Serbia has participated in the Eurovision Song Contest 13 times since making its debut in 2007.

Serbia won the contest on its debut as an independent country in 2007, with “Molitva” performed by Marija Šerifović.

The country’s only other top five result is their third place in 2012, with “Nije ljubav stvar” performed by Željko Joksimović.

Konstrakta won Pesma za Evroviziju ’22 and will perform ‘In corpore sano’ at the 2022 Eurovision Song Contest.