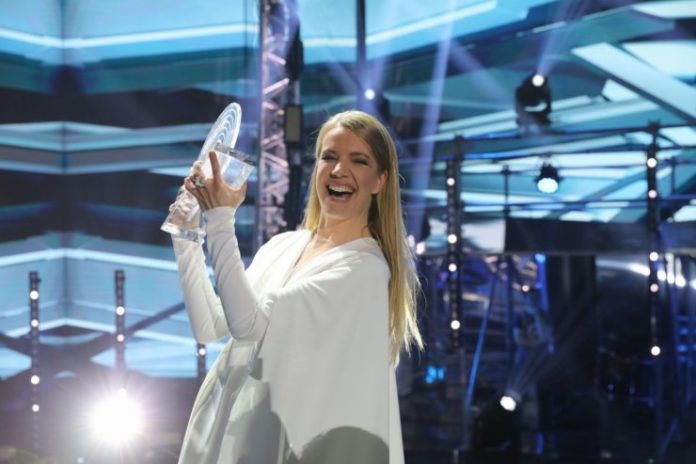 Slovenia, known for their high-quality finals, didn’t disappoint with EMA 2020.

Twelve songs took to the stage after a staged “accident” for one of their hosts when singing ‘Arcade‘ (hahah, very funny… not).

Whilst the web-stream remained unreliable, the songs and performances were not and after the first round of voting, two went through to a televote-only superfinal. They got to sing again and the winner was declared.

So Ana Soklič scored the ticket to Rotterdam!

Tinkara Kovac, many people’s favourite, was knocked out in the first round – despite it feeling like the best song on the night. Just goes to prove that the televoters of Slovenia and Contest fans have differing viewpoints, and that is what makes the contest great!