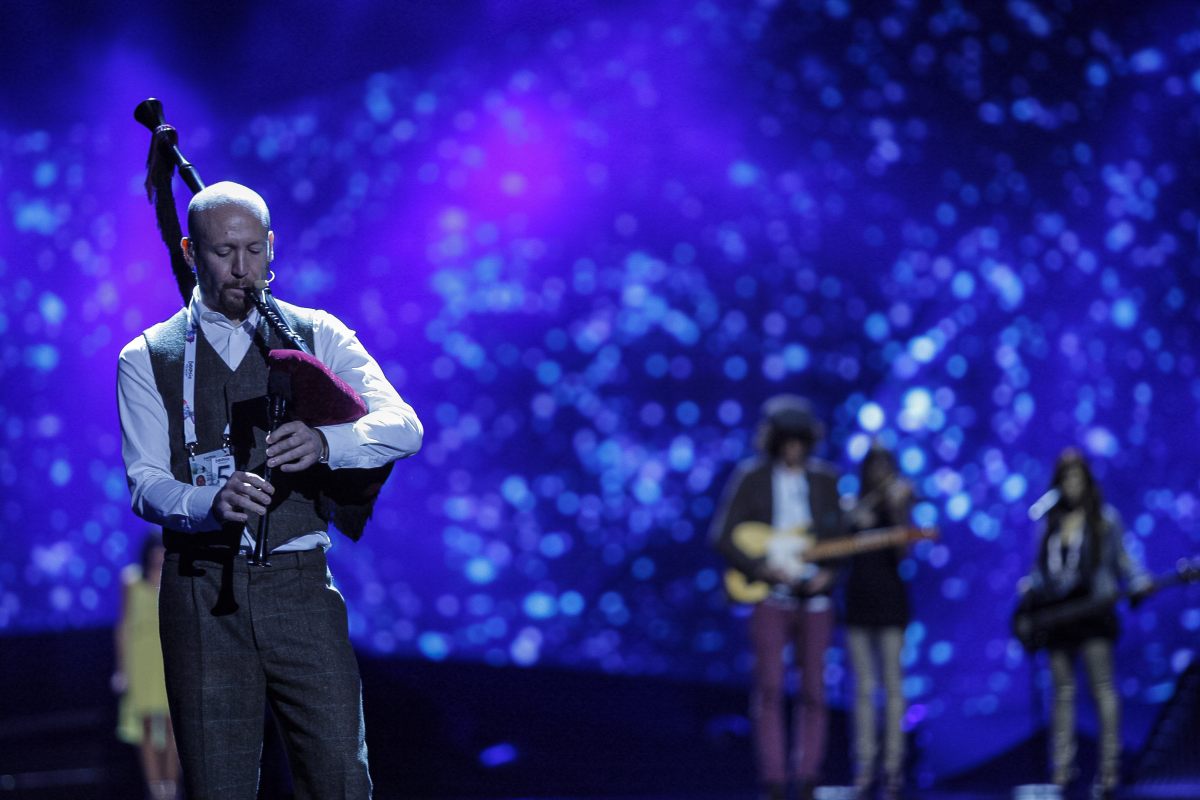 Spain is sweet and lovely and probably quite forgettable come Saturday which is a shame. Raquel is a vision in margarine, sorry no it’s canary, they’re from the Canary Islands after all! She seems fairly relaxed during this first rehearsal though less so when runs off down to the satellite during the second verse to touch one of the ceiling lights. They need to get the camera angle right for this shot but remember this is a FIRST rehearsal for the Big Five. All the ceiling lights are launched back up to the roof when the chorus breaks which is a nice touch to an otherwise simple presentation. I’m glad this is in the final, something honest after some of the overblown stuff of the last two days though, sadly, it has potential to be bottom five.

With pretty much the same colour backdrop and stage lighting as Spain, next up is Amandine with a song that couldn’t be more different. This is quite a dark, pulsating and brooding performance and, as it builds, she gets more and more angry reaching a very intense last chorus where she thrashes about as the backing singers just keep an eye on the song’s end and keep going. Imagine a very angry french version of Pink although with greasy hair. I always thought she’d give us a convincing performance after seeing her in Amsterdam and I am convinced, though the last minute is just un petit peau over cooked.

Ooh Germany up now and Cascada, her first run through just got a very big reaction here with the pressage and fannage… I’m going for more coffee….