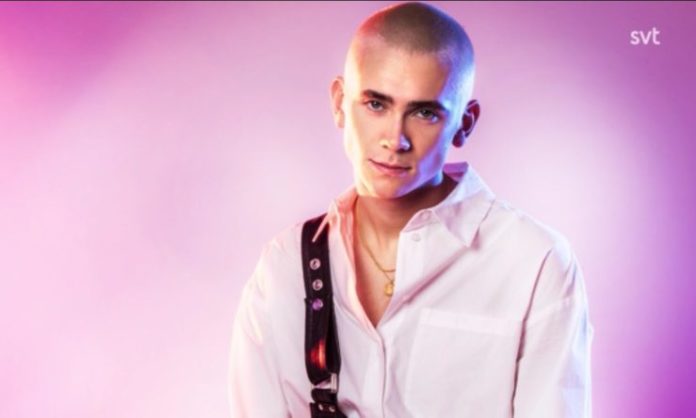 In another of our occasional series of Editorials, friend of the site Lisa-Jayne Lewis explains why Felix Sandman’s song in Melodifestivalen really got on her tits…

I’ll start with a plea… please in the name of all that is holy, stop using the phrae ‘sadbois’, just stop it. Ok!

With, what is essentially, a mental health crisis especially affecting young men, these low level mumblings and satirical uses of the word ‘sadbois’, is only reinforcing the gender stereotypes that so many people have been working so hard to get over.

Boys do have emotions, BIG BOYS DO CRY, and they’re allowed to do so, in song, on a global stage if they want to; emotional ballads are not reserved exclusively for women. They also should be allowed to do it without the reductive and somewhat insulting phrase of ‘sadboi’ being thrown at them.

It’s come about since the releasing of a number of songs in National Final season featuring male solo artists singing ballads about being heartbroken, having a rubbish time, battling their feelings etc and of course it is in response to last year’s winner Duncan Lawrence. It’s not usual, of course, for the national final season to feature a good handful of artist inspired by the previous year’s winner, but I don’t think I have seen it quite so pronounced since, I’m going to say, 2007 when we saw an notable upturn in rock bands, jumping entirely on the Lordi bandwagon.

Duncan is not the only boy to ever get on stage at Eurovision and sing a sad song about loss and feelings of despair, reminiscing about a lost love. He’s not even the only winner to do so; it was only two year previous to that when Salvador Sobral ‘knocked it out of the park’, so to speak, with a melancholic ballad about a lost love etc. I don’t recall, though I may have missed it, the slew of posts about so-called ‘sadbois’ following that, in fact the opposite occurred and everyone started hailing him as the new saviour of ‘feelings not fireworks’.

There is a silent crisis going on regarding men’s mental health at the moment. The societal norms still abound that men are supposed to be ‘tough’, ‘strong’ and ‘fearless’ and that showing any kind of emotion or vulnerability is to be taken as a sign of weakness and therefore up for being made fun of. Because of this many men don’t recognise or act on the warning signs and they may be unwilling or unable to access help. Men account for about 75% of all suicides in the UK, it is the number one killer of men under the age of 35*.

Now I’m not really suggesting that many of the artist themselves are going to be affected if we use the phrase ‘sadbois’, although it’s important to remember that they do read what we put out there and that behind the costumes, make up and sometimes outrageous staging concepts are human beings. But what about those reading it? We have a responsibility as journalists, bloggers, vloggers, influencers etc to our readers, and to a point, we have a duty of care. This is not about stifling thoughts and opinions; it’s certainly not about censorship. I’m not for one second suggesting that we have to write that every song is marvellous in case you upset someone. I’m just reminding us all to be aware of who our audiences are, what they might be reading and what messages we are sending to them.

By all means let’s write about why we think a song is crap, but a lesson I learnt from Mr Phil from on here is that you have to be able to explain why you think a song is crap or good or meh or whatever, but let’s not write ‘sadbois’, let’s all be better than that.