Ahead of Eurogay Christmas next Saturday – otherwise known as Melodifestivalen – Swedish viewers were invited to chuck another bone at a line-up of acts not deemed good enough to make the final the first time they performed.

Andra chansen took place at the Stiga Sports Arena in Eskilstuna. The first time in the history of the competition that the city got to host a Melodifestivalen show.

Eight songs lined up, paired into duels. The four that were rated better than their opponents were Anis don Demina with Vem e Som Oss, Paul Rey with Talking in My Sleep, Felix Sandman with Boys With Emotions and Méndez feat. Alvaro’s Vamos Amigos.

Ellen and Simon, Malou Prytz, Frida Öhrn and Drängarna will therefore have to content themselves with watching this one play out from their sofas, but in fairness they probably have very nice sofas.

Here is the running order: 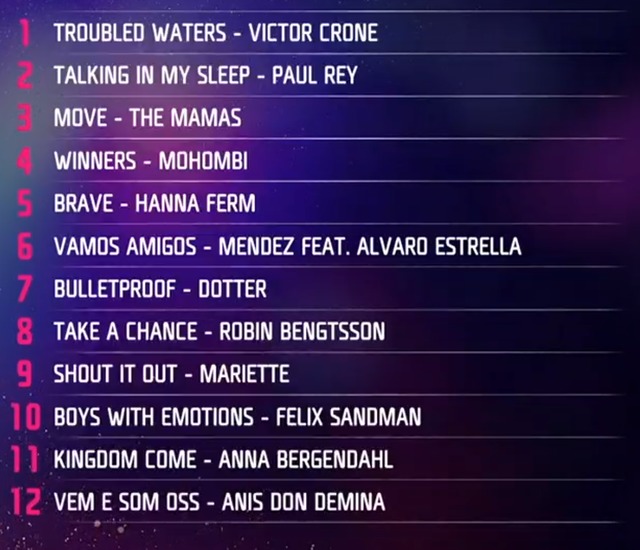 Benidorm fest – Have another go at It!

Benidorm fest kicks off – Late at night – best place for them!