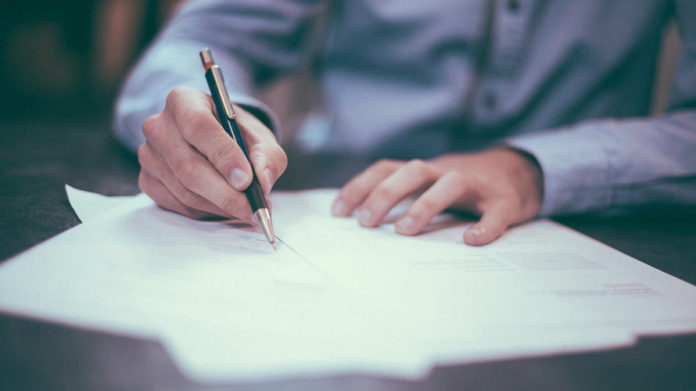 We need to talk, you and I.

Yesterday’s reveal of the six hopeful recordings left a good many of us in Eurovisionia cold. Cold and not a little disappointed. We were left with that empty nagging sensation you get when a troublesome family member does THAT thing again, for the umpteenth time, despite all the care and attention and advice that you’ve afforded them over the years. But sooner or later you’ve got to learn to say no to save them from themselves, like. And that’s why I’m writing to you today.

I write because those six poor and plucky hopefuls have tipped us over the edge, and I for one have been walking around with a cross look on my face and a snappy tone in my voice ever since I heard them. No, they’re not terrible. They’re well performed by clearly talented singers, and incredibly well put together and produced. But there’s one thing about them as a collection that is almost the biggest sin in this competition. They’re ordinary. So very ordinary. That really doesn’t cut it in this competition any more. And to be honest, it hasn’t for a long while. 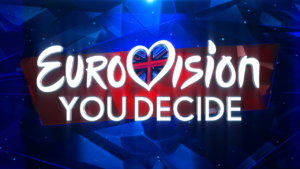 No doubt, you’ve been bouncing around the office for the last couple of weeks excited by the panoply of rainbow colours you’ve created across the lucky half dozen. But you’re too close to it all. You can’t see what many of the rest of us can see – that rather than a broad palette of colours, you’ve scarcely covered a tiny subdivision of beige. And it’s so very sad that you don’t appear able to see that.

Now, I’m not one of these people who think that a country of our size and influence should be able to instantly call on artists the calibre of Adele and Elton John to take to the Eurovision stage. I’ve been around this old business long enough to know that it doesn’t work like that. But in this music rich country we really ought to be choosing a much better, and broader, range of musics for the folks at home to choose from. And you can’t keep cobbling up the old excuse that nobody of any profile or gravity wants to do it. Over my years as a music writer I’ve spoken to so many cool and credible artists who’d have sold a lung to have a go. People with Brit Awards and number one records under their belts. So when someone like James Blunt or the boy Sheeran boasts that they want to do it the day after each new disappointing Eurovision outcome, call them out on it. They almost certainly won’t follow through on their promise, but certainly there’s no harm in asking them (if for no other reason than to shut their smug little faces up!).

I’m not even complaining about the predominantly casting show backgrounds of this year’s singers (or last year’s. Or the year before’s). In this day and age it’s getting increasingly rare to find performers in the pop sphere who haven’t had some kind of televisual experience – indeed, for a great big show like this it’s actually pretty beneficial. But you’ve got to understand that we’re still fishing in the tiniest of musical gene pools here. 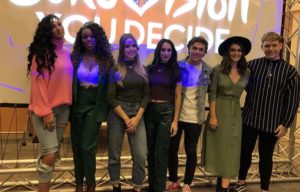 I know it’s not easy for you. I get that. You’ve got to balance the expectations of a nation with the requirements of the people upstairs. And that’s got to be tough. But there are so many other possible ways to go about it. I’ve been lucky enough to be privy to some of the goings on behind our song selection over the last few years. I’ve listened to long lists and short lists and the one defining factor of every last one of them is the narrowness of range. Look around you. Look at the depth of styles and genres that are cropping up in the national selection processes of supposedly lesser countries around the continent. Look at some of the songs that finished higher up the table than us last year. Hungarian screamo. Ukrainian goth. Tropical Cypriot bop. Dutch country, for heavens sakes. Dutch country! And then look at the six songs in our selection again. Stylistically you couldn’t get a fag paper between them. Heavens, I played them around the office today – to real people, not fans… the kind of people who do the actual voting come that fateful Saturday night in May – and not one of them could muster an actual favourite. The most enthusiasm I could get out of any of them was “Well, if I had to pick one…”

And there’s your problem. Look into your soul and tell me if you can honestly picture any of these songs encouraging a Moldovan housewife, an Icelandic teen or an Australian party kid to pick up the phone and give it some love ahead of what the rest of the continent will have to offer? Can you really? Really? Now look at the songs that have won this thing over the last five years. Every one of them by a complete artist who’s comfortable in their own skin, doing their own thing, and not rented in from central casting once the songs have all been sorted. That’s the difference. I fully appreciate that I probably don’t know even ten percent of what you have to go through to put this slate of songs together. And I really don’t want to come down on your labours too harshly. But we’re being mocked by folk the world over already, and that’s never a good thing. 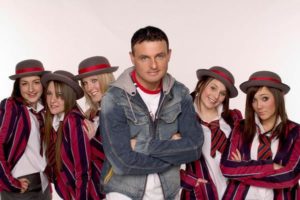 The problem as I see it is that the overlords upstairs are so terrified of looking silly that, like a hamster, they end up eating their own young and end up picking as safe and middle-of-the-road selection as their sensibilities allow. I’ve spoken to song choice insiders about this very thing. I told them of some of the underground-but-interesting acts who constantly come to me asking about how they can get considered for EYD. And they replied that while they’d have love to have slotted one or two of them into the line up, the powers that be were so terrified of being burned or embarrassed again that they would never dream of putting a left field wildcard onto the list in case it won – which they reasoned it probably would have done. There’s a very clear reason that Scooch and dear old Daz Sampson won their qualifiers. And not because the British public wanted something wacky and Eurovisiony in the contest. No, it was because they stood out like beacons of difference and fun in an endlessly bland wasteland of British Eurovision national finals songs going back decades. We were just lucky in the eighties and nineties that the home language rule worked in our favour. Is it just a co-incidence that both ours and Ireland’s fortunes have faltered since it was changed?

So on the morning of the 19th May, when Twitter is alive with chants of “We’ll never win again”, “It’s all political”, “No one likes us”, and “We could send Ed Sheeran and still not win” after our inevitable 21st place finish (if we’re lucky), cast your mind back to this conversation. This frustration. There’s a reason we don’t do very well at Eurovision these days, and it’s not because the BBC isn’t trying. It’s because there’s a singular lack of pluck and imagination among those who sign off on the songs. Do some research. Watch all the other national finals – yes, all of them – and see how many of them are incredible shows that their whole nation can get behind. Then get behind all the genres this country has to offer. Bring in the grime, the techno, the folk, the metal, the indie, the indefinably exciting stuff that we export around the world, and that the world loves us back for. And for the love of God don’t try to second guess successful styles from last year – *cough*BiggerThanUs*cough – because that never, ever works. If you can do one thing for me, just stop being safe and apologetic. Because it’s that attitude, and not geopolitics or the notion that everyone hates us, that’s holding us back. 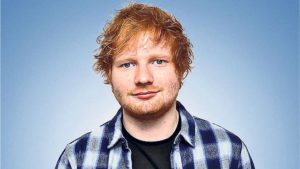 In fact, give me the job. For just one year let me pick half a dozen songs and artists and I can guarantee that not only will we get a final that Eurovision fans everywhere can get behind, but that we’ll start creeping our way towards that mystical left-hand side of the scoreboard that used to be a given in days of yore. Let’s bring back the excitement for a change, rather than the grim resignation that we suffer around this time every year. You don’t fancy it taking that risk in case of what might happen? Well how could it be any worse? Really, how could it?

Anyway, I hope all is well with you, and say hello to your mum for me,