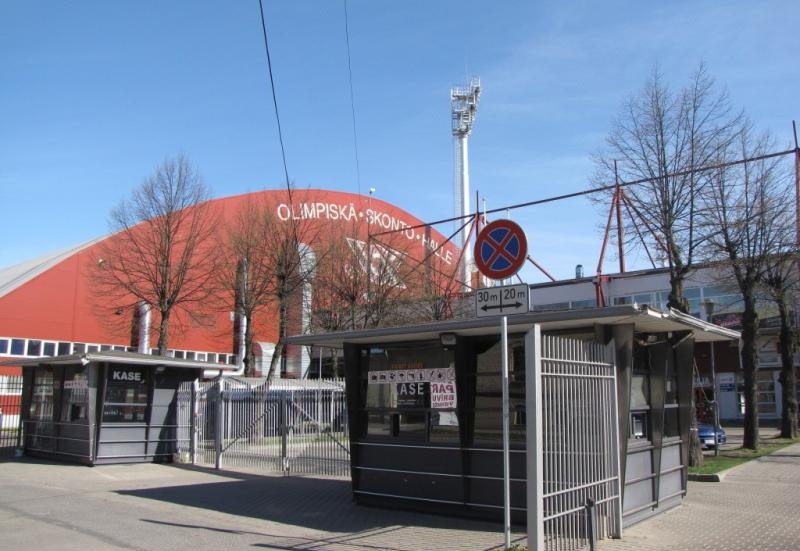 Well she has been practicing!!. The more that I look at this, the more that I get the sense that this could well be the one, and if its not the one, it could be in the top five. She is polished and the choreography is foot perfect. She doesn’t make love to the camera, but she does probably smothers it in kisses and tells it she loves it!!. She still looks happy on the stage and it makes a great impact. All of the mics are balanced in the hall and it is a genuine contender. The only thing it would suffer from is After the break syndrome!!

Well it has improved slightly.. well it would have to wouldn’t it??? It still looks like the top of the bill at the local high school… They have been straining to get the notes and the choreography looks slightly better and they don’t look totally happy and neither do i. The guitarist that ISN’T playing is so out of place its ridiculous. The high campness that they promised is more like bottom of the barrel. IF they drop the guitarist and the singers and indeed the choreography and replace it with the Croatian backing singers (who know ALL the songs and can sing them better than the UK) then we might stand a chance of winning. If not, then its middle table at best.

This has a contortionist in a box … It is fabulous!! Oleksander has one of the best voices in the contest. Singing in blue and white he does minimalist movements while they dance round him on stage. His voice is so powerful it carries this song which without him would probably have died on its arse a long time ago. He has the look as if he doesn’t care less, but blatantly does!!! the woman on the box is something to look out for, if you liked Goran Karan’s woman, you’ll love this … as do I …

www.paddypower.ie has 66/1 about this winning…… now don’t all be greedy ;o)

I must admit, neither I or my representative went to this one in person, but we did see it on a screen. She looks impressive but the song still lacked a certain something …

Hard to give a score as we were having lunch … sorry!!

This is very sweet … Jostein has had some sort of training, probably how to look soppy and beg for loving into the camera. Unfortunately LTV cant spell his name OR the title of the song correctly on the caption.. much sniggering and a person dispatched to LTV from NRK…

Back to the performance, he’s still flat as a pancake, and still strains to get the high notes, but it is getting slightly better … but not by much.

Lovely strong strong, shame the dress shows her armpits too much. She looks dis-interested and a bit non fussed through the performance, but some would say that’s just French. A fellow judge for the forks remarks it was ‘competent but unremarkable’ … and that sums it up, really. Boring and uninspiring.

This just gets better and better. It has everything … It has a man with an odd voice, a woman with a great voice, the comedy potential for him to break both legs at the end of it, AND the potential to win!! The set looks fantastic with the earth on the bottom of it. The only thing I am worried about is whether he shocks the elderly in Reykjavik too much for them to vote … but at 200/1 it is well worth it!!!

Well they turned up … Sorry it’s been delayed, but I have been trying to find the words … I think the closest I could come up with was “ugnh!!?? ”

It isn’t really a song, it’s a performance. One of them has a sore throat, but could you really tell? I couldn’t! It’s still very shouty, and just a mash of everything. I’m sure it’s a good rock song, but not in this context!

Just a quick techie point, they are using the more orchestral backing tape, but does it matter??

Unlike last time, there was a break and THEN the Belgians. However there are only 10 people here, cos they are all at Tatu press conference. They are a very competent performance, but it is very dis-interesting. It could be the Tatu rehearsal factor that is negating the effect of this ethno fest. I think they should get another golden fork, but the jury is out… They perform well and play live instruments (!) and for the pedants, they are allowed to ( so nurrr!)

Well NICK, what are your biased and totally un-newsworthy thoughts on this one?? hmmmmmmm??

“There are no words. They look like a proper group and they sound good and they are brilliant and fab. And great. They coped fantastically with the stage crew playing the Romanian backing tape. Vaiko Eplik was particularly good by singing his song over it.”

Seriously they were very good and we think the pianist is playing live. Vaiko still gets on his knees to beg for your forgiveness of this shite at the end, but it might get some votes. They still sound like a pub band … but a better one than Tuesday

Well apparently she doesn’t wanna cry … but from this performance she doesn’t wanna win either. They still prance around on stage taking clothes off backing singers and holding records (you’ll have to trust me on this one) … They are very average and may well not do very well.. but it certainly bounces along, but it will confuse the hell out of Europe!! It is well performed but confusing

Its *still* polished and typically Swedish but it seems to be missing something. For a couple that are supposed to be giving each other their love , they don’t appear to be doing much of that. It has in their favour that it IS typical and formulaic, but among this half of the draw that could be a bad thing. They do look good on stage, as you would expect, but its missing something…

She was brilliant!!! She can still nanananana with the best of them. A vision in purple, she did really, really well. Choreography still seems to be lacking, but overall an excellent performance.