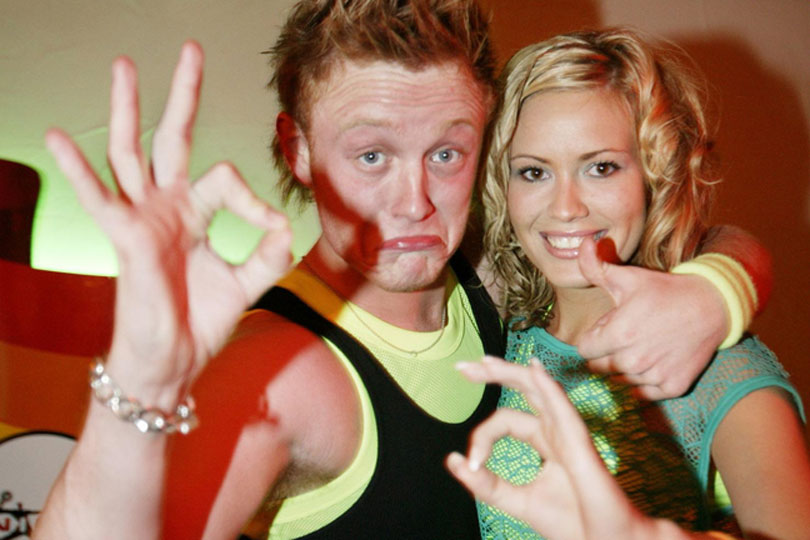 As we all know by now, the UK failed to gain a single point from the other 25 nations in this years Eurovision Song Contest in Riga. 10.6 million astonished Britishers looked on in agony and country after country compounded the misery for the once proud home of popular music in Europe by failing to rank the duo in their top 10’s. The backlash has started.

Terry Wogan pronounced that the UK was suffering from “An Anti-Iraq Backlash”, The Composer, Martin Isherwood, claimed that there had been technical problems, as did the group themselves. Newspapers in the UK, namely “The Sun” and ” The Mirror”, took the usual “We was Robbed” attitude and went to ridiculous lengths to blame the actual contest and so-called political voting to explain why we lost. Even MP’s got involved in the debate. Unfortunately the reasons why the UK got 0 are not quite so sinister.

The UK duo were bad singers.

It’s as plain as that. I’m sure, as was quoted, Chris and Gemma did “give the performance of their lives” on Saturday, but in rehearsals that I attended ( Which was all of them) they were truly awful. Now many cynics will say that I will say this in retrospect but to add weight to these claims, I want to quote a passage to you which I filed on Tuesday Morning LIVE from the rehearsal hall onto my website www.oneurope.co.uk

“I’m stumped for words. It is DIRE!! I have never in the last 3 years seen a performance that lacked so much talent and choreography. As a UK journo it pains me to even think that a song that my country chose is such a pile of poo that I seriously doubt it will score more than 1 point, but it is. It starts off low, with a hard scouser with a fake guitar-playing man looking not unlike Darius Danesh, then gets worse when they open their mouths. They are out of key in parts… the movement looks staid and thrown together in 3 minutes after singing lessons. She is semi bad but he looks like the spotty 15 yr old at the school disco!!. I’m sure the BBC thought this was a good idea at the time… but they are just not confident enough and talented enough to make the tea lady in Lvov pick the phone up and vote”

It got a wee bit better by the time I got around to sitting through a pained 25 minutes on Thursday though:

“Well it has improved slightly.. well it would have to wouldn’t it??? It still looks like the top of the bill at the local high school… They have been straining to get the notes and the choreography looks slightly better and they dont look totally happy and neither do I. The guitarist that ISNT playing is so out of place its ridiculous. The high campness that they promised is more like bottom of the barrell. *IF* they drop the guitarist and the singers and indeed the choreography and replace it with the Croatian backing singers ( who know ALL the songs and can sing them better than the UK) then we might stand a chance of winning. If not, then its middle table at best.”

They managed to cobble together some professionalism to LOOK good come Saturday, but they still sounded woefully inadequate during the dress rehearsals, and it showed on Satuday night.

However, not all of the blame (though most of it), should be levelled at the performers. A huge chunk of it should be levelled at the dear BBC who run the selection procedure. Remember that it is the BBC, along with BASCA (The British Acadamy for Songwriters and Composers) that ask for songs, and a jury comprised of these 2 establishments pick the final 8. They were then shuffled onto a low key Radio 2 Semi-Final, where 4 songs were chosen and presented to the public on Sunday 2nd March at 4.30 in the afternoon. This “final” had all the hallmarks of a 1980’s edition of Blankety Blank, and the production value to match. The BBC hardly promoted the final in the lead up, and it appeared that it just suddenly turned up on your TV screens, a sort of “blink and you’ll miss it” affair with Mr T Wogan presenting. The 4 songs were rushed on, then an “interval” for voting and then… Regional Televoting.. Well I say regional, the regions were represented in the studio on a Blankety Blank celebrity stand, by 6 B List celebs and Jessica Garlick (Remember her??). The result was Gemini (Or Tricity, or Jem-and-I after they had name trouble!) walking away with the title, watched by the princly total of 2.8 million viewers.

2.8 million (!). Thats what you get for scheduling in a graveyard slot. For comparison, lets compare finals around Europe shall we? Germany, the country that HAD worse apathy for the contest before they revamped in the mid 90’s than we have got around 5.5 million viewers and 1 million televoters. Ireland had a 20 week “Fame Academy” style competition. Their votes broke Eircom’s systems because there were too many votes and lead to an 11th place. Spain have ” Operacion Triumfo”, the original Fame Academy, and reguarly got viewing figures in excess of 5 million to see Beth walk away with the prize. The Balkan countries, Slovenia, Croatia and Bosnia, ALL produced high quality finals on prime time slots drawing huge votes and viewing figures, indeed in Bosnia, there were 2 MILLION calls registered in the first 60 seconds of the Televote. Their communications network, unsurprisingly, failed.

What does this tell you?? It tells you that if Europe can take the contest seriously, why cant the BBC. The BBC consistantly do NOTHING to promote the contest, except 1 week before putting on a weak attempt to remind the public that the ESC is here. They have not promoted the song, indeed the release date for Jemini is after the Eurovision, they (The BBC), have their own ideas as to how the contest should be run and which songs will go down well. As a fan of 14 yrs, it never fails to make me gasp as to the depths that they have sunk to, and their apathy has now finally resulted in a 0.

Where does the BBC go from here?? Straight into emergency session I shouldn’t wonder!! This is NOT what the heirachy wanted. “How dare the UK get 0 points etc..etc…” The BBC must now have to get their finger out. The Selection process, which is generally closed to Everyone EXCEPT BASCA members, must be opened up to allow everyone who wants to submit a song to do so. The true fans of the contest must be involved, instead of being ignored on the whole by an organisation that thinks the Fans are just there to make the numbers up. “We” kept telling them that it would lead to disaster and they kept ignoring us, they finally conceeded to Regional voting after years of pushing, and resorted to live singing in the final, as opposed to pre-recorded miming, as the singers kept letting us down at the Eurovision and they could not work out why, but we did and told them so. This can not be allowed to happen again.. The BBC has to come up with something that the country can be proud of, and start taking the contest seriously again as a platform for budding stars to be seen by 200 million viewers and get maximum exposure, not as a two-bit holiday for 25 of them to a foreign country AND as an off-shoot, we’ll slip a song in and have a laugh. They also have to start promoting the contest and the Song For Europe better. Sunday Afternoon is not an option anymore, because another 0 is not an option anymore.

There is an old saying that “you get what you pay for”.. it seems the BBC paid Peanuts, and got Monkeys. This can not be allowed to happen again!