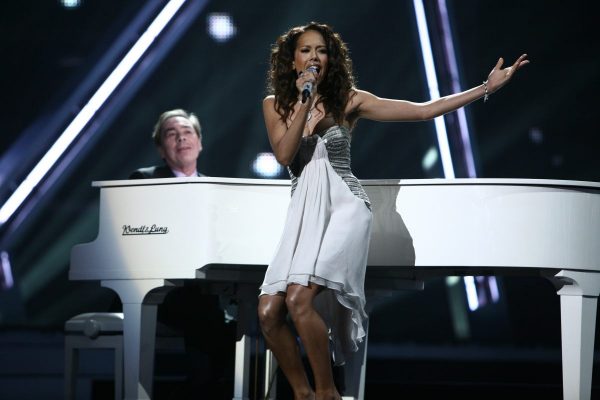 Apparently she ‘sells’ the song. It appears not a lot has changed since it was picked at what passed for a ‘national final’ – but then again nothing much needed to be changed, to be honest. The song, whist having all the signs of being written on the back of a fag packet by (ahem) Dianne Warren still has a quality of its own. You can tell that Universal (and not the Tory-voting Lord) have put time and effort into Eurovision. You might even suspect that, for once, the BBC want to do well at Eurovision.

The record company have hawked “our Jade” round Europe to such a degree that, for the first time in years, she arrives at the contest looking and acting like an actual Eurovision competitor, as opposed to someone making up numbers.

All that said, the song IS dull – there is no escaping that … but, dull scores with juries. Summoning all my Eurovision powers of prediction, I reckon Ms Ewan will end up at the top half of the table. The UK will benefit from the draw, the song’s appeal to its target audience and Jade’s singing ability.