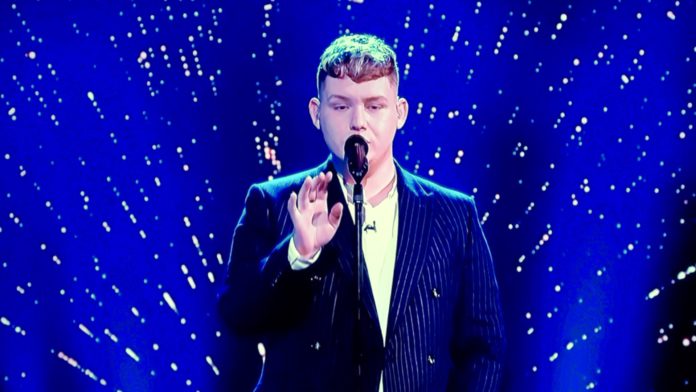 He’s twenty-one. He won a reality talent show. And now Michael Rice will perform his biggest gig. This evening he was picked by UK viewers to sing ‘Bigger than us’ at the 2019 Eurovision Song Contest.

Eurovision: You Decide featured six acts performing three songs. Rice made it to the final round and picked up praise from the celebrity jury. Viewers also backed his big ballad take on the song.

Former Eurovision winner Cheryl ‘Bucks Fizz’ Baker was unimpressed. She took to Twitter to comment: “Erm … controversial statement – I don’t really think any of this year’s songs are good enough. There. I’ve said it.”  Afterwards, she added: “Well, the best of the 3 won I would say. He has a fabulous voice. I truly wish him so much luck and love.”

Pro-EU campaigners from the group the EU Flag Mafia handed out flags ahead of the broadcast. Reports suggest audience members were told they could not wave them during the show.

The BBC said it was a safety decision and that alternative flags were offered inside the venue.

A spokesperson said: “As a safety precaution we check all personal belongings, including all flags, into studio security while ticket holders are in the studio audience, but do however supply the audience with UK flags once they are inside.”