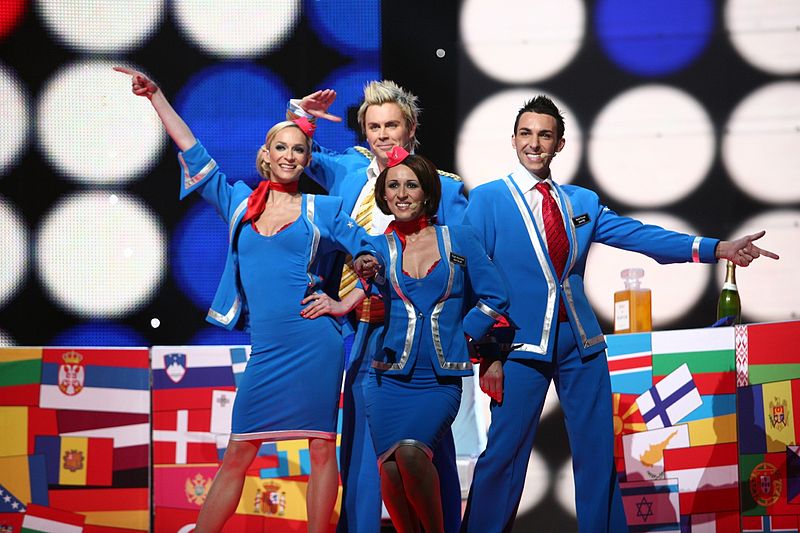 A man immediately to my right just broke off from eating cheap Twix for long enough to ask “Can you see credits rolling over that?”. Unless the shoelace trolls that inhabit Helsinki, the land of True Fantasy where weird shit happens, have now branched out into full personality transplants, then we have a problem here.

I can’t see credits rolling over Scooch. But at the same time, I can. But I can’t. But I can. It’s a spectacularly slick production, they’re certainly doing all they can to be Bucks Fizz Mark II (including some minor costume shenanigans), and they’re still keeping something to be a surprise on the night.

I’m still not sure that the sound mix is right, but it’s not non-dangerous. In fact, it’s potentially deadly.

From the land that gave us The Beatles, a slab of cheesy pop (Gorgonzola Cola, madam?) that’s still either going to win or score nought. It’s my flag, and what the hell, I’m going to fly it.