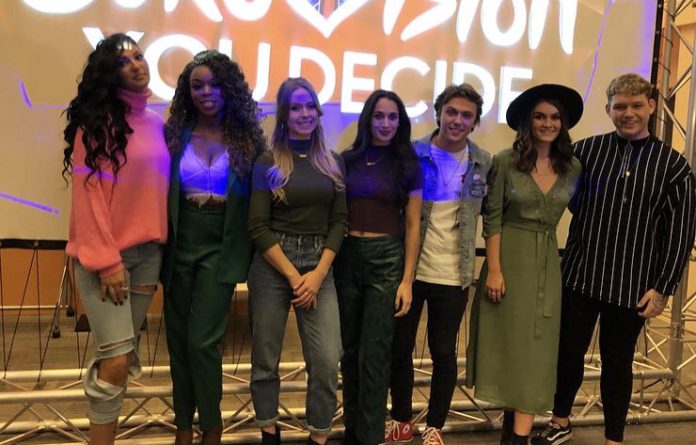 So Phil and his ears have been listening away to the six Song for Europe – sorry Eurovision: You Decide entrants for 2019.  Let’s see what he has to say.

Well, you can tell that the songwriters are used to writing for Melodifestivalen over in Sweden, with how this song builds and the structure is very recognisable. Eurovision fans are saying that it’s very generic. It is … but they have no problem when 28 generic songs get through in Sweden, so perhaps double standards are being exhibited. This has all the hallmarks of a typical Eurosong from the 2010’s – a great song, stirring vocal, good structure (apart* from the bloody key change which is clunkier than a clunky thing, and needs refining if it gets to Tel Aviv). I can see this on stage and doing what a decent Swedish song would do.

Now, put that same song into a lighter setting with a female voice and the contrast is chalk and cheese. The stripped-back version has less impact, and that is its undoing in this format. If this version went to Tel Aviv then I feel that the juries and televoters would be underwhelmed (and they might be by Version A). It just sounds like an Irish Eurosong entry in this format and lacks the impact that the televoters need.

Version A it is then

If ‘Freaks’ was written in 2019, then I’ll eat my hat – SerHAT if you will. It’s more of a happy-clapping, hands in the air song – more akin to something played at the beginning of a 1980’s American TV Show (Roy, I was going to reference HR Puffnstuff… actually I will!), than a song saying we’re all freaks, don’t cha worry bout it. Again, there is nothing engaging about the vocal performance, because it’s a cute boy singing about us all being the same.

Conversely if MAID are being freaks (I suspect they are trying to be the dirty kind of freaks), they just don’t have that “durty” vibe that could benefit this song. The lyric suggests itself to that kind of performance. It needed a thumping back beat and lots of gyrating – this audio suggests that it’s going to be more Home Counties WI than Ann Summers, unfortunately.

Neither – but Version B if I had to choose.

This one is, again, more like Generic Dance Track number fifteen from an album. More filler than killer. I like the changes of beat, but this is just too Now That’s What I Call Dance, and it wouldn’t stand out in a crowd – something the UK song would have to do. I’m getting a Javine vibe, though slightly more up-to-date, but still missing the mark.

Like song number one, we get a stripped-back version of Sweet Lies. It’s a touch more effective, but this only goes to show that the song itself is light on substance … and all this from a Eurovision-winning writer, as well. Vocally, though, Anisa does a good job of polishing this up and if set intimately this *could* work, but it would need a lot of selling and would rely on her connecting, and I don’t think the song is strong enough (like, say, Empty room strong).

Version A for me.