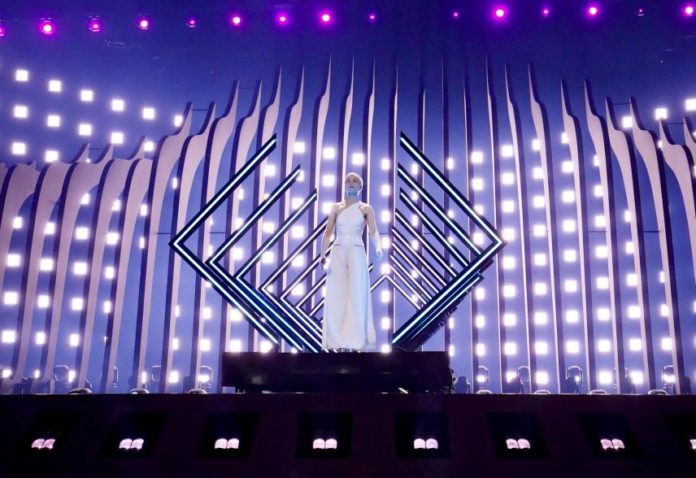 There are members of ‘the press’ in the area where we are that have already decided that the UK will not finish any higher than sixteenth. I’m sure that an inbuilt bias is coming to the fore. Couple that with the fact that most of them are British, and that tells you the kind of fight that SuRie and the BBC are trying to win.

There is absolutely nothing wrong with what I have just seen on the screens. There is a light box, there is SuRie – who doesn’t do a lot of choreography, but she knows what the contest is all about and knows that silly choreography isn’t needed. There is a lot of looking down the camera and connecting with people in both the audience and the viewer at large, but there isn’t (yet) the power and attack that I am looking for to get this song into the consciousness of a Saturday night televoter.

There is a suspicion with this writer that SuRie is holding back, and that’s a good thing because she only needs to do it right twice.

When the lighting cues are put into effect tomorrow we will know a whole lot more. At the moment, it’s a decent, competent song BUT SuRie needs to make people vote for her.