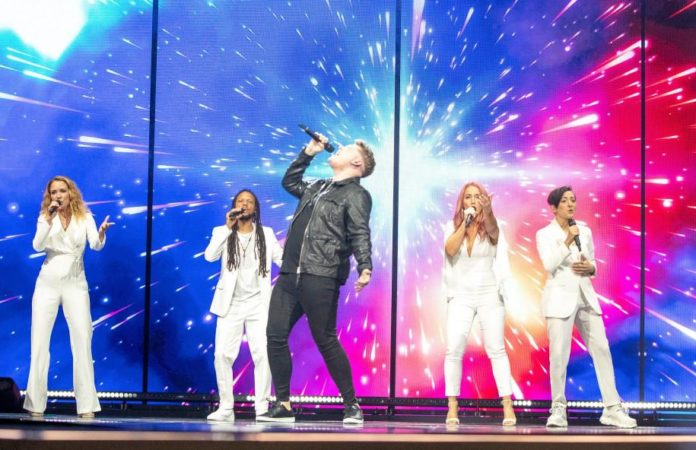 First thing that you need to know about this is that there are NO PROPS.   There are 5 light pillars though with a sixth that is bigger than all of them.   The backing singers are dressed in white and Michael is in a black jacket.

Worryingly there were three or 4 false starts but it then got going.  Michael walks to the mic and starts singing which sounded right on the money apart from too much reverb on the microphone.  On the screens the performance starts in black and white and the colours slowly build up and the backing singers seem to come out in about the 1 minute 45 second mark and builds at the end.  Possibly that’s a little bit too late and the backing vocal mix sounded a little off in the first run through.

There is nothing intrinsically wrong with it.  Michael can sing, the staging is OK and there is clearly something to work on as the camera shots are a little bit too wide at time but that’s all it is…. OK.  OK isn’t enough these days and my overriding impression of this is something out of Eurovision 1994.