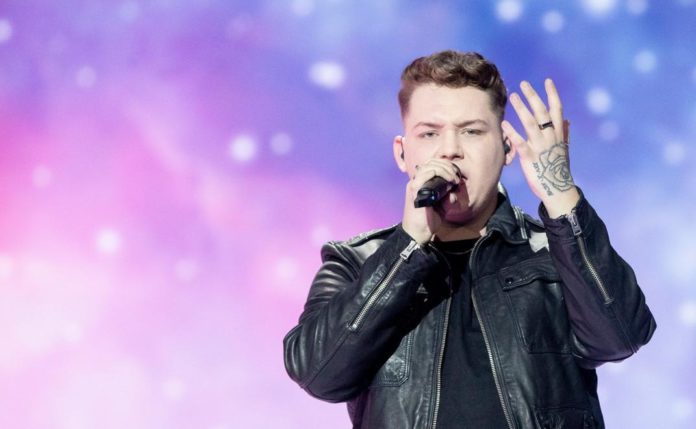 Things didn’t start well; the first run-through lasted seconds before the music stopped after a series of strangely planned camera shots. After one false start we were underway.

The staging had been kept simple with five backing singers (one of them being Estonia’s Sahlene), each positioned in a pillar of light. Michael was in forgiving black. The song started in darkness with little in the way of colour and a lot of close-ups, with colour added by the second verse.

Of course the lead vocal was on point, but there seemed to be a little too much reverb on Michael’s microphone and the backing singers lurked too low in the mix. One improvement from ‘You Decide‘ saw Micheal no longer swatting flies.

It’s one thing to keep things minimal, but maybe this was too pared back. I was reminded of a 2015 X-Factor final.

People who liked the song before the contest won’t be let down by the staging. I can’t see it pulling in many new fans.

It’s probably the most grown up #UK presentation in donkey’s years – even if they’ve sprinkled glitter over his fashionable leather jacket. But it’s just lacking that final vital ingredient.EUROVISION APOCALYPSE