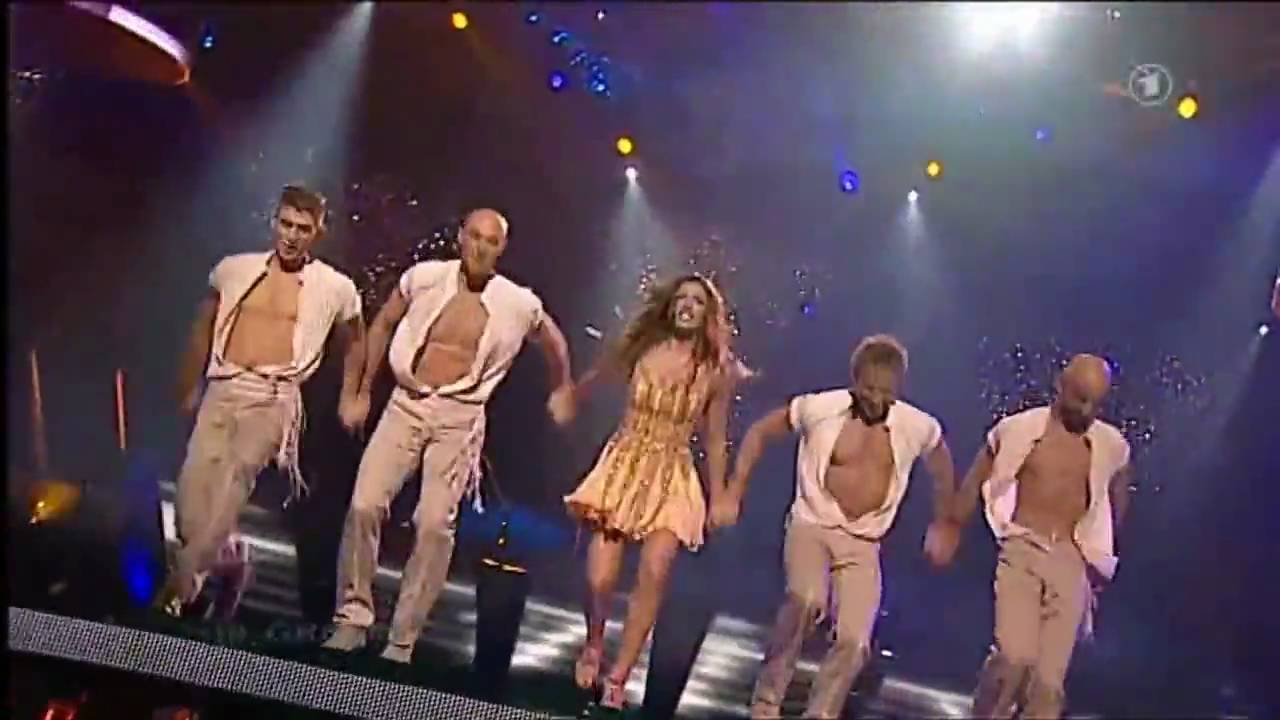 First of all – this will be last report today. As many of you know, that have read the site for a long time – I am a Diabetic that takes Tablets. Coming to a strange country with odd food stuffs takes its toll and, as many of you know, I generally have at least one ill day a year – today started off well but has turned into one of those days. As such there will be no coverage of Bosnia, France and Russia.

Secondly , to the person or people that have decided that I hate the Cypriots – enjoy your crowing. I need my energy to fight a life-threatening disease rather than with you for things that I blatantly did not say or have tried to head off. I knew that someone would say something, and in a better state – I would fight back – but currently I don’t have either the energy or will … So away you go …

Now, back to the reason why I am here and getting weaker by the song …

Ukraine – As has been stated earlier , this is a perfect song for the Ukrainians, the dancers are now dressed in hoodies and still do street break dancing – Phil or Grant Mitchell is still the main singer. On the screens in the hall it comes across as everything you would expect and will go very very big in here. The more that I have seen it, the more points I can see it picking up – but I still think that it is a song that is out of context in this contest

Germany – It’s still 80’s rock lite really – Gracia still persists in making me want to run and hide away from her and the telephone. Not having seen the National Final in Germany, I sincerely hope that this was not what her performance was like. It is too old school and too bad for this to do anything other than bomb big time. As with so many performers this year – she can sing the song – just not, unfortunately, the one that she has entered for the Eurovision Song Contest 2005.

Greece – In the video it’s fantastic! – However, there is all sorts of choreography coming on here and a general air of “I’ve won”. However good she looks on the camera – when she pulls her dancers drawstrings and does the Zorba-esque dancing – it seems to be too over-staged – it would appear that the 15/8 you can get about this in the bookmakers is too too short! – This does, on this performance, leave the door open. But we said the same about Sakis and he nearly wonned in the Istanbul – so she is still in with a shout!

That’s it for the rehearsals – there are three more – but I can’t report back on due to illness – If I hear reports – will let you know – however tomorrow is different – tomorrow is Semi-Final dress rehearsal day. There should be a report at some time tomorrow a report on the semi at some stage.

All being well – I should be well tomorrow