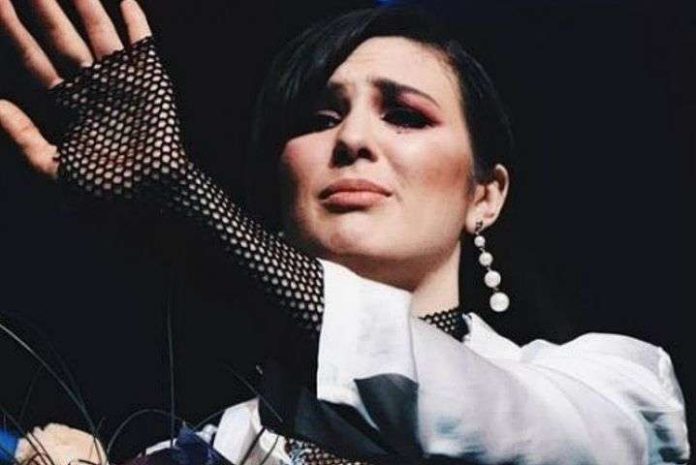 Broadcaster UA:PBC has confirmed Ukraine will forego a place at the next Eurovision Song Contest. The announcement comes after two fraught days trying to find someone/anyone willing to take on the seemingly poisoned chalice of representing the country at the annual musical event.

On Saturday evening, the country staged its preselection show. MARUV won with ‘Siren Song’. Shortly after, she declined the chance to sing for her home country following a disagreement on conditions imposed by the state broadcaster.

With an election looming and politicians jumping on the bandwagon, runners-up Freedom Jazz declined an offer to sing in Tel Aviv. This morning, third-placed Kazka followed their lead. Shortly afterwards Brunettes Shoot Blondes made it clear they wouldn’t consider taking the most unwanted job in Eurovision.

UA:PBC launched a short-lived Facebook poll asking if they should ‘dare to dream’ or drop out. Hours later, they issued a statement to confirm withdrawal.

“The national selection this year has drawn attention to a systemic problem with the music industry in Ukraine – the connection of artists with an aggressor state with whom we are in the fifth year of military conflict. Whilst for some, these links are acceptable, for others it causes indignation and unacceptance. Given the current sitation, and following Ukrainian law on public broadcasting, as well as conditions of excessive politicization of the national selection process, UA:PBC has decided to withdraw from the 2019 Eurovision Song Contest.”

The EBU released its own statement: “It is with sadness that the EBU can confirm that Ukraine’s broadcaster UA:PBC has informed the EBU that, following further discussions, they have made the difficult decision to withdraw from the 2019 Eurovision Song Contest. There will be further discussions between the EBU and UA:PBC on this matter but we hope to see them again in 2020.”

The bad news for Ukrainian ctizens, however, is that after all of this chaos the rules of the contest come into play and there is a financial penalty for withdrawing so late.  This could run into thousands of Euro and is dependant on a number of things but, rest assured, the EBU will make them pay it.

The national television company of Ukraine has said it will still broadcast the contest. Odds on their running a video of paint drying when Sergey performs, anyone?