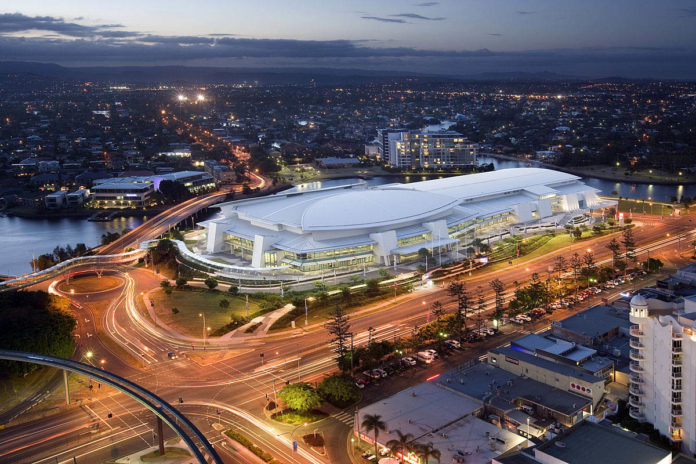 Hosted by radio host Myf Warhurst, and comedian Joel Creasey, it's the first time Aussie viewers get to have a say in what song goes to Eurovision. The competition takes place at the Gold Coast Convention Centre (pictured) on Friday, 8 and Saturday, 9 February.

The winner will be determined by a 50/50 split between a viewer vote and points awarded by a professional jury.

The show will be available to watch online through Facebook and Twitter with a promise of no geoblocking.

Here are the ten acts taking part with links to songs where announced and available.

Montaigne will channel the 80s when she represents Australia at the 65th Eurovision Song Contest with ‘Technicolour’.