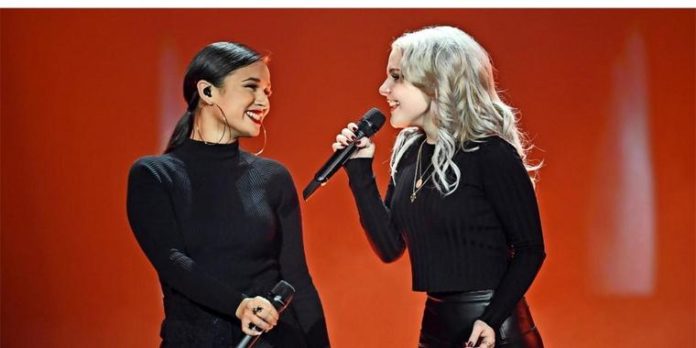 Laurita Kästel and Carlotta Truman are to sing for Germany at the 2019 Eurovision Song Contest. Together they’re known as S!sters. Their song is (appropriately) called ‘Sister’.

Unser Lied für Israel was a close-run national final. Ally Ryan was the top choice of the 100-strong ‘Eurovision panel’. An international jury favoured Sisters. It was down to the viewers to crown their winner.

The show failed to inspire big ratings. Fewer than three million tuned in, making it the least-watched German national final since 2012.

Germany has officially participated in every Eurovision Song Contest since its beginning in 1956, except in 1996 when its entry did not qualify past the audio-only pre‐selection round, and consequently was not seen in the broadcast final and does not count as one of Germany’s appearances.

No other country has been represented as often.

France and the United Kingdom come in a close second, missing only two contests each.

Before German reunification in 1990, it occasionally presented as West Germany, representing the Federal Republic of Germany. East Germany (the German Democratic Republic) did not compete.

Jendrik Sigwart from Hamburg will represent Germany in Rotterdam with ‘I don’t feel hate’.