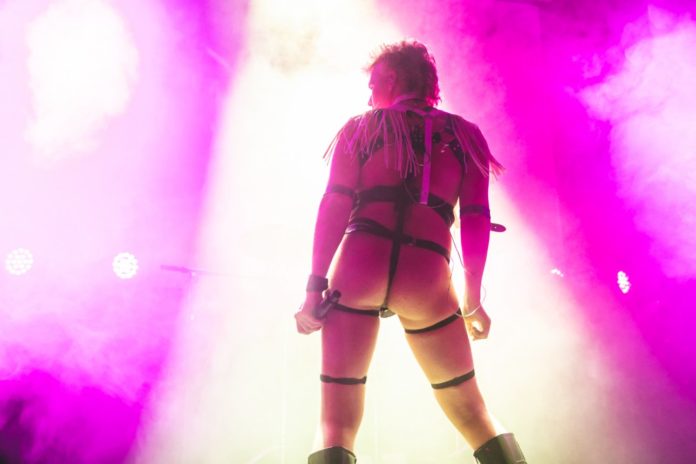 The contest took place in Israel this year and during the voting sequence, a member of Icelandic pop/punk group Hatari unravelled and displayed a Palestinian flag. Contest rules forbid any political ‘gestures’ during the broadcast. The Palestinian flag is listed by the EBU as one that is not allowed to be featured in the live show – and has been since 2016.

RÚV has had a bit of a whinge about the fine, insisting they did all they would to prevent the rule break, but they’ve paid it anyway. They won’t send a following invoice to Hatari.

The broadcaster has already confirmed its place in the 2020 competition that takes place in Rotterdam next May. Songwriters have until 17 October to submit an entry.

The format for the national finals will be much the same as last year with two five-song semi-finals. Two will progress to the grand final with the possibility of a jury wild card adding to the excitement. The heats take place on 8 and 15 February with the grand final on 29 February.

Daði og Gagnamagnið is back to represent Iceland with a somewhat similar sounding song to the one RUV sent in 2020. It’s called ’10 years’.