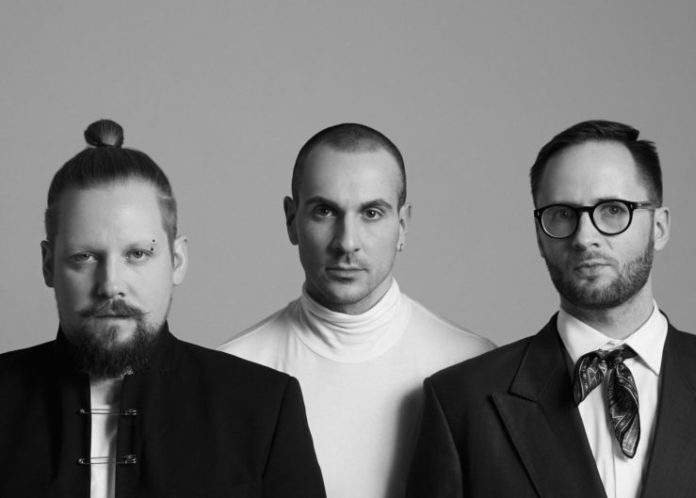 The ROOP absolutely walked the final of the Lithuanian selection show this evening. They scored just about 35,000 televotes and won over the jury to deliver a decisive win, as you'll see from the scoreboard below.

The group had, in truth, been streets ahead of just about anyone else in their heat and semifinal but the blowout (yet again) of Aiste must be galling to the singer and her legion of fans.

According to their official bio, which writes it better than I could ...

"After successful appearance in 2018 Eurovision Song Contest National Selection THE ROOP were constantly asked about participating again. According to the band those questions strengthened their decision to return to the competition even more. Two years after “Yes, I Do” THE ROOP are introducing their brand-new Eurovision song – “On Fire”.

“This year’s song is about something I carried within and observed around myself. It’s about writing yourself off too quickly. We are underestimating ourselves too often. We think we don’t meet some standards or that we are uninteresting, too young, too old.” – said leader of the band Vaidotas Valiukevičius - Naive.

While talking to one music producer, Vaidotas learned that rather often people in their early twenties come to producers but declare feeling too old to achieve something. The singer believes that the youth cult is too big and inadequate."

Lithuania then withdrew from the contest, not returning until 1999.

The country reached the top ten for a second time in 2016, when Donny Montell finished ninth with “I’ve Been Waiting for This Night”.

As of 2018, Lithuania remains the only Baltic country not to win the contest after wins for Estonia in 2001 and Latvia in 2002. However, since the introduction of the semifinal round in 2004, Lithuania has more final appearances than the other Baltic nations, with nine, compared to six for both Estonia and Latvia.

The Roop retained the job of representing Lithuania at Eurovision. This year they’ll perform ‘Discoteque’.