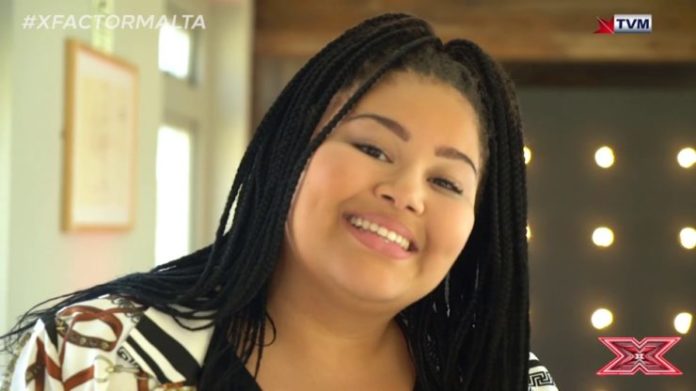 Whilst the idea of an X-Factor style knockout show to win the right to go to Eurovision sounds like my idea of hell, it seems to have spread and then contracted across Europe to reside on Europe’s happiest Rock, Malta.

When Season 2 of X-Factor Malta was announced, I breathed a heavy sigh as it meant no four-day winter break in Malta … but when I heard Destiny (winner of the Junior Eurovision back in 2015) would feature in this series, I knew that Malta would do the right thing.

One by one she saw off the competition and then, in the final week, saw off three very strong finalists to get the ticket she so richly deserves. Remember last year when Malta sent the winner of X-Factor Michaela Pace to do the performing … and sent Destiny to do all the heavy lifting in an otherwise unremarkable performance.

Not this time – she’s gonna be front and centre, and by Christ they had better get her a good song! OnEurope supports Malta? – Not all the time, but OnEurope always supports Destiny.

Malta has taken part since 1971, although the history of National song contests organized in the Maltese islands dates back to 1960 when the first Malta Song Festival took place. Malta has never won the contest, although it has twice finished second and twice finished third. At first, the island state sent songs in its native language, Maltese, but it failed to rank highly, finishing last in its first two attempts in the contest in 1971 and 1972 and withdrew after the 1975 contest. Malta's return to the contest in 1991, after a 16-year absence, proved to be more successful, with eight consecutive top 10 placings (1991-1998) and finishing in the top 10 in 12 out of 15 contests from 1991-2005. Maltese Eurovision fever is legendary. A win would be 'more than welcome'. Especially in 2019, given a string of poor results.

Destiny Chukunyere represented Malta in Rotterdam at the 2021 Eurovision Song Contest with ‘Je me casse’.