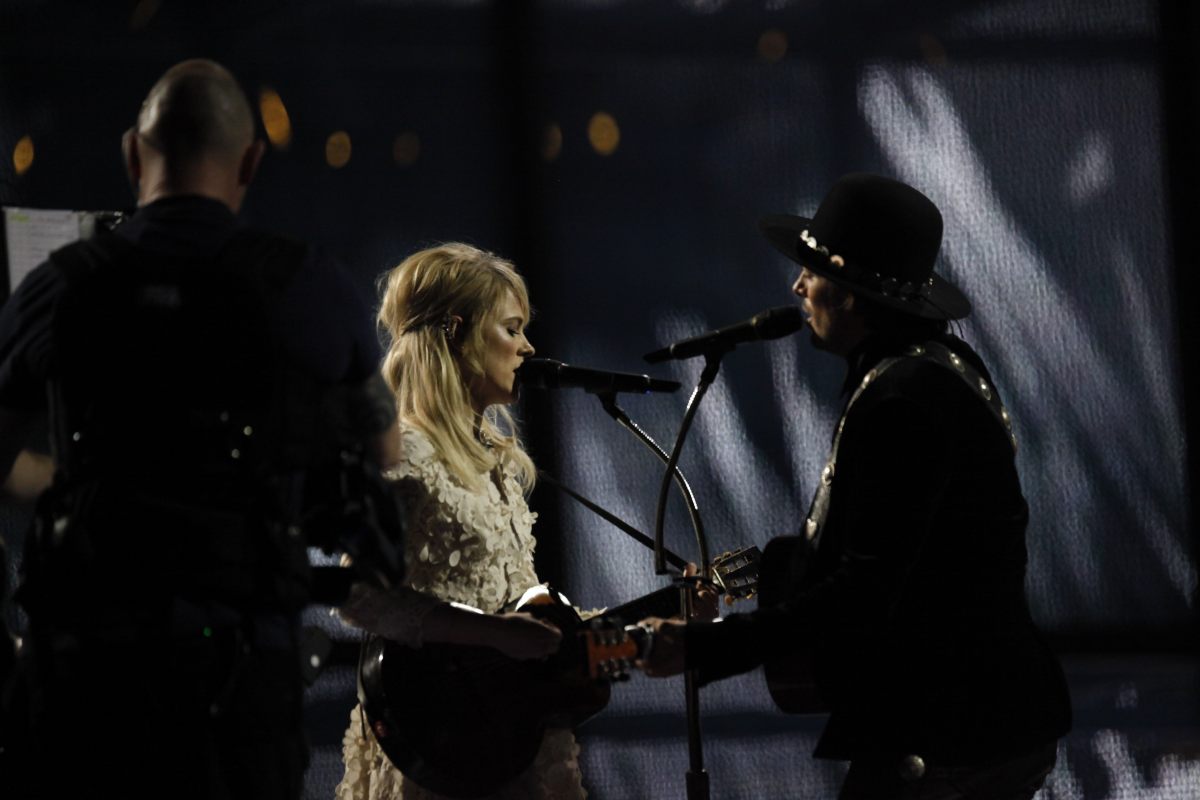 It’s Paula and Ovi on the cheap!! – Instead of having pianos and fire they have…. guitars and no seats!! – Again, recession bites in Netherlands, The and their staging is…. simple…..

…. and yet scarily effective.  They have done a decent job on the whole Americana thing, not so it is in your face, but just enough that it gives you a smile on your face.   All they do is literally stand opposite each other and sing the song (With a double ended microphone MATRON) – and that, it can be argued, is ultimately all you need to do.   No overblown choreography, No Pyro, nothing like that, It’s a simple song which, when done and said all, is not that bad, sung well *at* each other and not at the audience.

Simple is often what is needed in this contest.  Portugal and Moldova and San Marino are the madness, this is – quite literally as it turns out – the calm after the storm!! (See what I did there?).

Jeangu Macrooy will represent the Netherlands at the 65th Eurovision Song Contest with ‘Birth of a new age’.