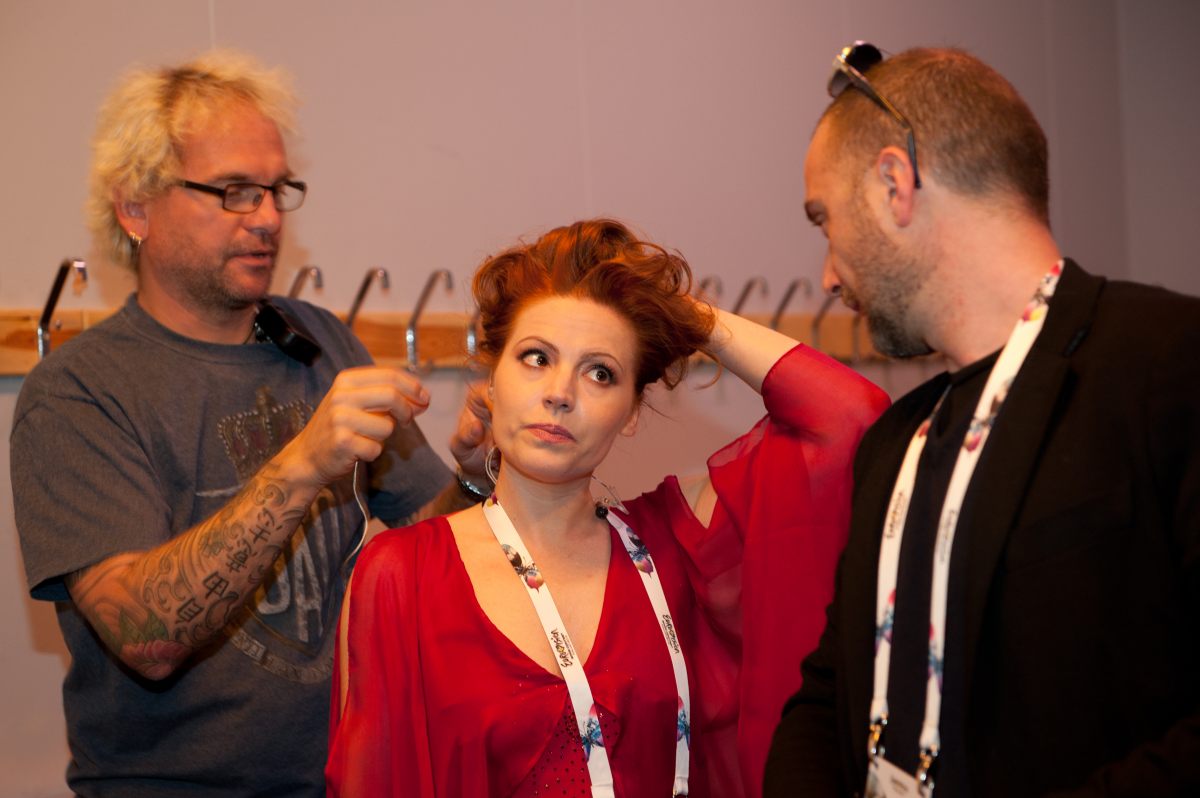 Valentina is recreating Botticelli’s Birth of Venus by singing in a pearly white dress in front of a fabric clam shell. Her flame hair stands out against her plain smock and she flings her arms around a tad too wildly. A pianist is on one of the catwalks, 4 backing vocals on the other. It’s simply delivered, and is, to my mind, her best offering to date.

You do have to feel that it’s now or never for both Valentina and San Marino, and although I do like this, despite it being old fashioned in 1973, I fear it may be never. There are easily 6 worse songs in this semi final for me but in the final analysis I can’t see Valentina not being among them once the juries and public have cast their votes.

Having failed to qualify in their first four attempts, San Marino qualified for the Eurovision final for the first time in 2014.

Senhit will perform ‘Adrenalina’ during the second Semi-Final on Thursday, 20 May in Rotterdam with hopes of qualifying for the Grand Final two days later.