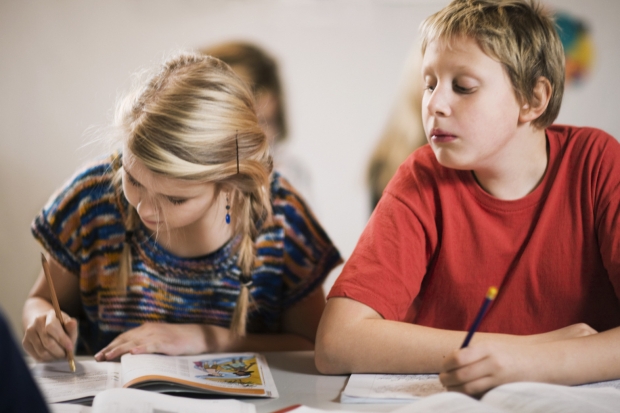 Let me say this right from the outset: six broadcasters (Poland, San Marino, Azerbaijan, Georgia, Montenegro and Romania) tried to influence the result of the second semi final of the 66th Eurovision Song Contest.

If you read some things said around the internets and socials, by folk some of whom are hard of thinking and accept the noise broadcasters are putting out (TVR especially), you’d assume they had been personally slighted and can’t believe that they’re implicated.

Let’s cut through all that crap to start with. TVR and, to a lesser extent, RTCG are putting up a smokescreen, stating that literally anyone else who has an interest in the contest is to blame. They point to the fact that certain (other) countries happen to be in the top four and are threatening withdrawal and legal action and etcetera.

Do not believe them

Do not believe the noise that they are producing because it is a smoke screen. Let’s consider what they are actually saying, shall we? The crux of the claim is, when you boil it down: ‘other countries exchanged points and they haven’t been told off’. Neglecting the fact that those countries (Belgium, Sweden, Australia and Estonia) all qualified easily with everyone else having them in relatively high positions across the board – whereas, say, Romania’s jury (for example), had the God-like genius that was San Marino contender Achille Lauro either first or second (1-1-2-2-2); compared to his actual average position of 12th with all other jurors – and that includes all FIVE Belgian jurors who determined Achille was the best by a mile!

It’s also not been mentioned out loud here that it’s not only at the top end of the scoreboard that things appear wrong with these six countries. Sweden should feel hard done by. Across the board, the other jurors had Sweden third with only five jurors having Sweden in 10th or lower. Five, out of ninety. And yet, looking at the implicated countries, out of thirty eligible jurors, FIFTEEN had Sweden tenth or lower.

The six implicated countries also managed, rather ham-fistedly, to mysteriously put all the other five countries inside their top seven, with four of them putting everyone else at the top and Montenegro at least trying to look “normal” by putting Serbia in second place, but the suspension of belief that these broadcasters are asking you, my European children, to swallow is that it’s all perfectly fine, and there was literally NOTHING wrong with this. Nothing at all, oh dear me no.

Of course it is irregular. Hell, a vote only has to answer two of the criteria for irregularities produced in the green guide voting document for an investigation to be triggered. They are, if you didn’t see them:

a) Deviation from the norm – Does the result reflect the overall taste of the other professional jurors? Bearing in mind that they are all music professionals requested to vote based on the same criteria laid down under the Rules of the Contest (e.g. a national jury puts at the top of its ranking (a) song(s) that most of the others rank lower).

b) Voting Patterns – Are there visible patterns of voting within the jurors?

Clearly as detailed above

c) Irregularities – Did the juries observe the Rules of the Eurovision Song Contest?

Well, by definition no. The juries implicated have clearly not voted in a manner consistent with the rules of the contest.

Yes, conveniently all the other implicated juries

e) Are there beneficiaries – If deviations occur, who benefits from the result?

Well, it’s not quite a full house here – there were no clear beneficiaries because four of them failed to get through

They tried to cheat. Anyone with a functioning pair of eyes and a grasp of the EBU statement would conclude the same. Indeed, the internet’s opinion formers have been clamouring for the EBU to “do something” about instances like this for years. And now they have, and proved beyond reasonable doubt that something has gone on, there are different people blaming the EBU? – HOW? – How much bullshit from your broadcaster have you swallowed to come up with that?

The EBU hasn’t done this lightly. Hell, the Deputy DG of the EBU got involved, so did Ernst and Young and so did Digame – all three saw the voting patters and said ‘nope’, and rightl, removed them. Another internet whine is ‘well they didn’t tell them and let them rehearse’ – Again, there’s another lack of understanding here, deliberately fanned by broadcasters. You’re not going to tell someone they are under suspicion until you can prove it and the only way you can show there is a problem is by stopping them giving their irregular votes. The Police don’t, usually, give people a heads up they are under investigation, so why the hell should the EBU?! You don’t send out warning signals, therefore jeopardising the broadcast *and* tipping off the broadcasters, until the last possible moment when it is too late for them to do anything about it, and you certainly don’t do it with no evidence!

They are bang to rights. They tried to cheat. They failed and have been publicly shamed, and rightly so. The EBU had to act and did so citing the rules. The procedure was followed and it worked. It worked because Martin Osterdahl has the balls that Jon Ola Sand arguably didn’t have. He saw cheating, and he dealt with it. JoS had cheating pointed out to him, he figuratively shrugged his shoulders and went “meh”.

What should happen now? My heart says all six broadcasters should all be excluded, but that’s unlikely because a contest of 34 is, these days, problematic (two semifinals of 15 and 14 and a 26 song final would look messy, and a semifinal of 28 with 20 going through is pointless!) so that won’t happen.

Will people withdraw? Possibly. North Macedonia is likely – especially after the flag controversy and are, seemingly, looking for an excuse. Montenegro? They were teetering and only came back because they had saved money so any excuse I guess. Romania? – They’ve threatened before, they’ve also raised “voting concerns” before, going as far as state that telephone lines were blocked back in Lisbon meaning people could not vote for their song – but offering no information when challenged (by me). San Marino? Possibly, would save them a few quid. Azerbaijan and Poland?  … well, one of them is a default answer to “where are we gonna host 2023?” so I suspect not (and they have been suspiciously quiet on the whole subject) – the other one, though should go.

The contest needs integrity. The contest needed this cheating highlighted and it needed the EBU to explain it in ball-aching detail. The internet will have its say – I’ve had mine. Makes no difference because it’s the EBU’s contest and not ours!