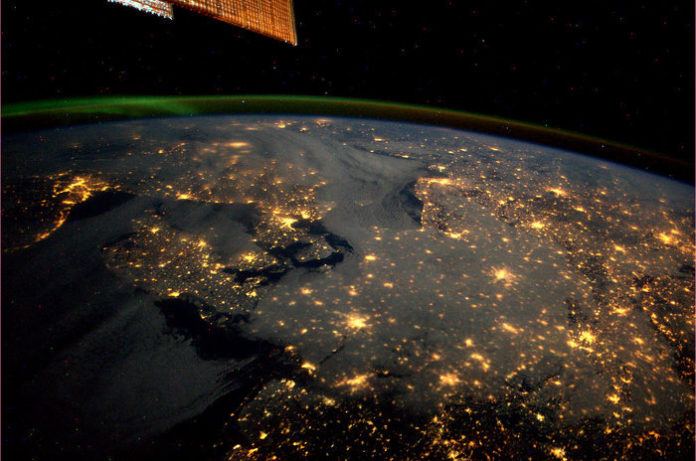 Swedish Television are on manoeuvres. They have befuddled fans of the Eurovision, who in a desperate attempt to latch onto an open and “friendly” broadcaster believe anything they say. They insist the Melodifestivalen selection is better than anything offered by other broadcasters. AGAIN!

How have they done this? By not saying a damn word!

It’s a very clever trick by SVT. It must be admired, and has been built up over years and years. It goes back to when the internet first had a Eurovision presence. The main sites of the late 90’s focused on the Swedish selection, dubbing it the best thing since sliced bread. SVT didn’t say anything, they rotated their selections between Malmo, Stockholm and Gothenburg – sat on their hands and, probably, didn’t even know Eurovision fans existed. Let alone that they were being told in their droves this was the Contest pinnacle. The best a Eurovision selection could be. Better than anything your own broadcaster can offer. You must watch via Real Player … at a very low baud rate.

But it’s so good

As the years went on, the hype grew. The Myth of Melodifestivalen Greatness was, by now, self perpetuating. You had to watch, you just had to. The result didn’t matter. the songs were of no consequence. You simply had to try and see it … and still SVT said nothing.

They positioned themselves as the Swedish broadcaster for Swedish people, Nothing for sundry Europeans here. But if you wanted to watch anyway …. well that’s just fine.

The trouble was that whilst popularity with online fans grew exponentially, internally, Melodifestivalen was struggling. it needed help. Kindly Uncle Svante expanded the show to semi finals and added a massive final. Ihe internet lost its shit!

32 (latterly 28) pieces of utter fabulousness (schlager-tastic, if you will), the contest has even had a word specifically mangled and smashed into the Eurovision lexicon so that people don’t even need to describe an atypical Melodifestival song anymore.

And what have you got? A contest that gays – sorry Eurovision fans – call their own. Gay Christmas, if you will (P.S. to all of those people who think Eurovision is “Gay Christmas”, I’m gay, Christmas hasn’t moved!).

Year upon year the internet decrees that Sweden is the best thing since sliced bread. Just look at the production values, not to mention those little inside jokes … they know we’re watching.

SVT are canny though

SVT stay reasonably silent. Because they have got to a point where they know that they will be loved and adored by the majority of Eurovision fans because they appeal to the lowest common denominator.

They don’t have to spread the word because a massive majority of the target audience would watch the phone book being recited provided it came with lights and music. SVT also know that this support carries to Eurovision itself. By the time generic schlager boy X gets on stage at Eurovisionia, the fans are in a lather and that translates into points. No wonder they are at an advantage … or so they think.

The truth, however, is very different. In recent years, SVT appear to have stopped trying to find decent songs.

I know my saying that might offend sensibilities, but let me flesh it out.

SVT people know they have a winning formula that doesn’t need tweaking. Most of the hype is done for them – by the fans. If they get 3,200 songs, they only need to realistically pick one or two that are going to stand up to scrutiny. The remaining piles of donkey shite from Swedish churn-o-vision songwriting factories will get ignored.

They know their shows will garner 70-80% of the television audience for six weeks because of a number of factors. The other channels don’t put anything decent up against it, the Swedish audience know what to expect, the European audience is whipped into a frenzy at a sniff of Petra Mede’s apron, for SVT, the boxes have been ticked.

They plough on regardless and even when the selection of songs is … questionable, nobody at SVT need worry. They just air the same hyped-up publicity circus all over again.

Year after year, European fans fall into the same trap. Panic not, for there is a way out. For a small sum (and a brain), you too can find national finals that are of better quality, with better songs.

I know, these things exist, and you don’t have to look hard either. The same internets that told you “All are Sweden” can tell you “All are Norway” or “All are Iceland”. There are national finals that are not Schlagertastic. Open your heart to them and you’ll find that MF is just one piece of a fabulous Eurovision world.

Since Anna Bergendahl failed to qualify for the final in 2010. Sweden’s worst position in the final has been 14th (2013, Robin Stjernberg). All other years have been top ten finishes. Including two wins and two third places.
I wish that we in the UK were that wide of the mark!

People will be shaken this year. I have already had a taster of the Australian national final line up. Proper known and established artists, a true range of genre.
Basically they looked at MF, will take its best bits, narrowed it down to 10.