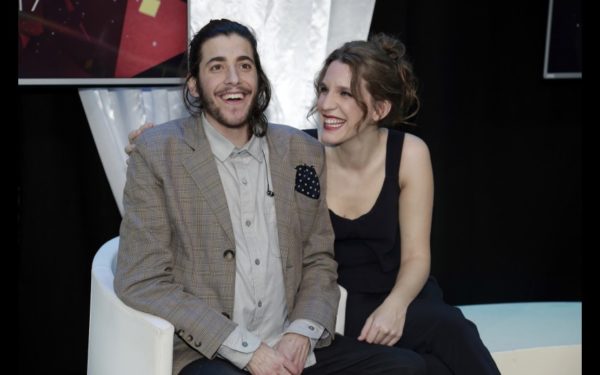 So, I’m back at home after one of the finest two weeks and certainly one of the best 24 hours in living Eurovision memory and, apparently, the UK got nul points and Brexit was blamed …

Shove Brexit up your arse …

But hark, what is this? Is it real life? A place where non-European Union countries don’t get penalized, and where TWENTY-ONE juries around this diverse part of the world decided that Lucie Jones was one of the best ten songs on offer. A place where the UK ended in fifteenth place overall? Our highest position in seven years.

That can’t have happened … can it?

It’s all political though …

I mean, it’s all political. So much so that all the Balkans can get through their semi-finals no matter what. They vote for each other, you know?

Just like that Scandi bloc that gets through every year … they all for each other too.

And as for those Baltics.

The Grand Final featured one Scandinavian, one Balkan and no Baltic countries. Yes that famed political block voting helped all of those blocs, didn’t it?

In truth, though, the contest only had three songs capable of winning. Italy, Bulgaria and Portugal. Talk of Sweden winning happened frankly, “cos Sweden”.

Fans would do well to remember that other countries are available and that not everything exported from Volvoland is by definition “good” – and that also applies to any contestants who have the charisma of a piece of 2×4.

Before we allow another nation to become a second Sweden, let’s address Australia. We can’t ignore how a narcissistic performance and terrible wailing put off the televoters.

So what was it?

It boiled down to what this contest should be about. Good songs – and there were – in my humble opinion – three of them.

Out of the three only Italy had a “gimmick”. But the dancing gorilla was part of the song and its lyrics. Sadly, Francesco failed to connect with the jurors thanks a flat Friday night performance. A semi flat show on Saturday night also turned off the televoter.

Bulgaria had youth and a mature voice on its side, but even that wasn’t enough.

In the end it came down to one man, singing a song written by his sister (a song that didn’t even win its semi final in the Portuguese selection procedure) to blow everyone away.

Portugal, that country known for not finishing in the Top 5 and not even being in the final for six years. A country that has only featured on a Saturday night three times since the semi finals started in 2004. The Portuguese team suddenly discovered a rare commodity. Votes.

This is a country with no scattered diaspora support. It has no neighbours – except Spain and they’ve only been its second best friend historically. Portugal has not even had sympathy… it’s been punished severely over the last few years for being, frankly, shit.

This huge win – and by any counting system it is huge – shows us that you don’t need political voting, you don’t need stage gimmicks, you don’t need an excuse to cover your failings (Yes, Bengtsson, looking at you again) … you just need to enter a good song.

People will say: “Yeah but it won’t be in the charts.” Who cares? It’s done its job… it’s appealed to enough voters to make them pick up the phone and register a preference for a good song and an eye-catching performance.

The oft-chastised juries saw a craft that is rare in this day and age … song writing that is personal and thought through. Not something pulled off the shelf and rehashed “cos Eurovision”.

Portugal and RTP have been picking their balls up and “manning up” since 1964. Their big boy pants were getting well and truly worn out. They went back to putting the focus on ‘a good song’ and the Sobrals did them proud.

Broadcasters and singers that are quick to whine should do the same and perhaps they would win too.