ESC stands for Eurovision Song Contest – it’s the annual music show that pits the talents of performers from across the Eurovision broadcasting network (controlled by the EBU – the European Broadcasting Union) against each other.

These days around 40 countries take part each year – the numbers goes up and down slightly. When we say countries, really we should be saying broadcasters – since the entry is chosen by the national broadcaster in each case. 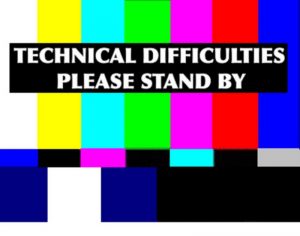 Voting is a complex matter. ESC viewers have their say, but some of the overall score is also decided by a jury of ‘experts’ – which could be anyone from the cleaner through to the boss of a record company whose acts are taking part (it does happen).

There are usually two semi-finals that weed out the dross. Ten songs get through to the final from each. Six other countries are automatically through to the final – these are the five broadcasters that pay most into the running of the EBU (UK, Germany, Italy, Spain and Germany) and the host nation (usually the winner from the previous year). Fans get into all sorts of arguments about how fair this is. 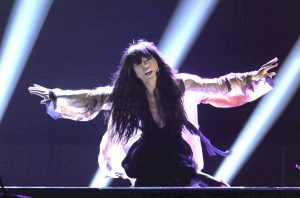 Winning (or doing well in) the show rarely offers performers more than a temporary career boost. They’re usually pretty much forgotten outside their own country within twelve months – though their are exceptions – Abba and Celine Dion did OK out of it, but there’s not many non-fans who could pick Ruslana or Sertab Erener out of a police line-up. And that’s Loreen in case you wondered. She won. A few years back.

While hosted in the UK, it will be a co-production between the BBC and Ukrainian TV.