Blimey, that was intense. The day got off to a bad start as I found myself seriously delayed by a broken-down goat on the tramway (or I overslept, whichever is funnier), I missed Lithuania altogether, and I never really got myself caught up. So instead of the detailed song-by-song analyses of my mighty teammates, I’m going to be using my words to paint something more by way of a kind of an impressionist abstract landscape vignette in ganache.

Rehearsals make stuff better. It catches me off guard every time, that one – I’ve not been able to do anything remotely like a proper accredited Eurovision since Vienna 2015, and I’d quite forgotten the way things flow through the fortnight.

First rehearsal sessions are often quite rough – they quite rightly don’t even let the press see the very first runthrough that each performer does, and Batman has been making that point frequently – and all sorts of things just aren’t right. Camera shots aren’t tight, cameramen are in view at times, power cables are on display, people aren’t quite hitting their marks, and in the midst of it all the likes of me are sat there tucking into our Fanta and crisps guffawing “Oh NOES, that professional singer can’t sing!!!!” 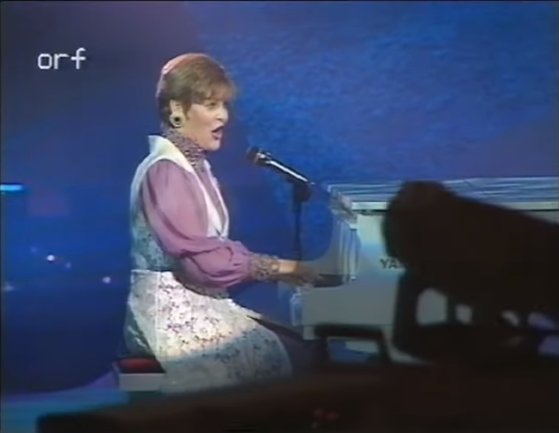 Not that I’d mind if things like that DID happen more often, but the delegations tend not to approve.

But the voice – oh, the voice can wait. In normal circumstances, the voice needs to be right on two nights in Week 2, and if you’re lucky on another two nights straddling Week 2 and Week 3. That’s all. At this stage of proceedings you can more or less dum-diddly-dum your way through it all and it’ll do no harm.

So yeah – I so very much appreciate the number of artists that lever themselves out of bed at silly o’clock, put themselves through a crazy amount of pre-stage prep long before they get their curtain call, and then treat us to a performance on a Wednesday lunchtime so good that they’d be satisfied with it if that was their one big moment. And I don’t mind the ones who say “Y’know what, actually I’m saving that difficult note for when I need it. I can’t do that many of them, and this isn’t the time.” And then after that they still have the energy and the grace to share even more of their time in the meet-and-greets, when I’m certain they’d rather get the first delegation bus back to their hotels so they can chill out, decompress, and watch Rick Astley videos on YouTube.

But when it comes to these short snappy second sessions – you can just tell that they’re starting to make it count.

You look at Ana Soklic‘s backdrops, and instead of thinking “Yeah, that’s a cliche” like you did on the first morning, you suddenly think “That’s breathtaking. That is epically cinematic, and it stands out unlike almost anything else in this year’s contest.”

You see Lesley Roy, in the space of 20 minutes moving from croaking it out in all the wrong places to starting to do the song justice and appearing like she’s beginning to find the joy of being up on stage in her little private playground.

You see Albina and in the first five seconds you find yourself thinking – “I already liked those streaks of light you was sending off in various directions on Day 1, but they look so damned SPOT ON now.”

You see Roxen gradually turning from a grumpy teenager into that person who’s going to send a message about mental health that makes a difference for some random viewer out there, who’s going to see her emerge blinking from her nightmares into the evening sunlight and think “Yeah… you know what, just maybe it IS all going to be alright.”

You see Efendi all made-up and ready for the stage and you think “Blimey girl, you’ve really glowed up all of a sudden… I barely noticed you before, but you’re a dark horse, you!”

And all across the arena the same quiet magic’s happening, and you suddenly realise that you’ve watched 14 rehearsals (and imagined Australia’s), and that they’re all going to qualify, every single damned one of them. Which is obviously awkward, because they’re not all going to qualify. But don’t doubt it – everybody involved has worked their socks off for this – and they have been for months now. It’s quite a thing.

I have a vague little recollection from right at the back of my memory box, that after acclimatising to that second rehearsal feeling, the crunch of gears when you suddenly return to first runthrough mode for the direct finalists is pretty brutal on the senses. So I’m quite looking forward to that!

Anyway, that’ll do for today – tomorrow will bring fresh wonders, I can virtually guarantee it.