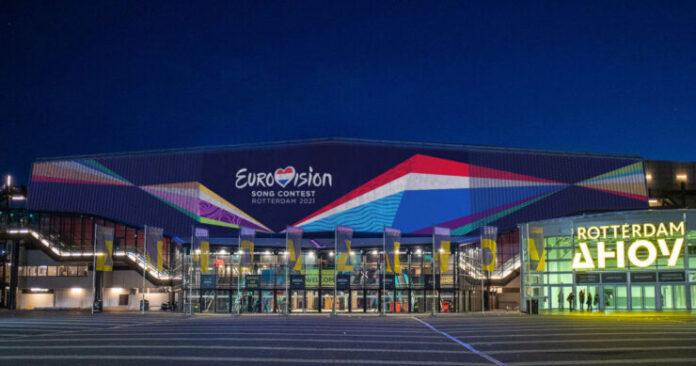 So we’ve had our tea break and it’s time for Iceland. In another universe without a killer virus pandemic, we’re all sitting in the press centre in Reykjavik following Daði og Gagnamagnið’s stunning victory in 2020. Yes, I know we can argue about it until Eyjafjallajökull erupts again, but I firmly believe, with all the mainstream crossover attention Think About Things achieved, Iceland would have notched up their first victory.

But here we are. Still not in Rotterdam, and with Daði og Gagnamagnið trying again.

I’m not surprised that Daði has written something in the same vein, but can lightning strike twice? This has been flying under the radar with none of the 2020 levels of hype, but of course all that could change when the Saturday Nighters™ see it and are reminded of that great song from TikTok they saw last year.

I’ve tended to think that this is trying a little too hard to replicate the magic, and I’ve not seen it as a potential winner so far, but this rehearsal is very good indeed.

All the quirky charm is there. The band start in silhouette and then appear in their trademark green sweatshirts to do a dance based on the promo video, but with adaptation for the big stage. The three members with instruments now all have matching curved keyboards that spin around pleasingly and link into a full circle, a nod to Ovi and Paula Selling.

Both the backdrop and the LED wall are used, with images of planets, spaceships and 80s computer game graphics. It underlines the nerdiness of the band and the song and brings in the 80s theme so popular in this year’s Contest.

There’s an utterly charming false ending where the music stops and the camera cuts to the band in awkward end poses before a last-minute surprise spurt of pyro.

With so many of the up-tempo numbers opting for the 1 singer 4 dancers presentation this stands out a mile and feels very fresh. I don’t think this has anywhere near the certainty of a win they would have had last year, but it’s absolutely in the mix for victory.